The ever nostalgic toy store, Toys “R” Us is planning to close as many as 182 of its stores as it struggles to reorganize in bankruptcy.

As consumers have moved to Amazon and huge chains like Walmart, the retailer has struggled over the last few years and now it is getting ready to settle into the past.

The store filed for bankruptcy last September, said in a court filing late Tuesday that the stores selected for closing have failed to meet “performance standards.” Essentially, this bought more time to decide how many of its 840 U.S. stores the retailer will close, as it aims to get out of bankruptcy in time for the holidays.

They decided to close up to 182 stores. As many as 4,500 workers could be affected. A spokeswoman said the company would try to find positions in other stores for as many of the displaced workers as they could.

The closings may have been accelerated by what the company said was a rough holiday season. Even as other retailers experienced banner sales in November and December, Toys “R” Us said its sales were disappointing and cited “operational missteps,” which it did not detail.

“I want you to know that we can and will address the gaps in the experience that you have had when shopping this holiday,” the company’s chief executive, Dave Brandon, said in a letter to customers that was released late Tuesday.

2017 showed a disappointing holiday quarter, as revenue fell 7.5% and same-store sales dropped 7%. But Toys “R” Us was also drowning in debt.

Toys “R” Us has followed a familiar playbook of private equity-owned retailers: loading up on debt, now totaling about $5 billion, and then seeking to discharge its obligations and shutter stores through bankruptcy. Their bankers, lawyers, and consultants are being paid large fees to do damage control.

The company’s lawyers, for instance, told a bankruptcy court they were charging as much as $1,745 an hour for their work on the case. But could it be the trustee’s fault?

Late last year, the United States trustee overseeing the case in federal court objected to a proposal that would pay its 17 most senior executives up to $32 million in bonuses. If, and only if, the company hit certain financial targets. The proposed bonuses came on top of the $8.2 million in retention bonuses that five of those executives received immediately before the bankruptcy filing.

“Apparently, this Christmas, Toys “R” Us intends to deliver not only ‘children their biggest smiles of the year’ but the insiders, too,” the trustee, Judy Robbins, said in the filing in late November.

Toys “R” Us also said that it would seek to pay bonuses of up to $3.6 million to employees who work at the stores that are closing and help them meet their liquidation targets.

Eight Illinois stores, two Toys R Us and six Babies R US stores, are among the stores set to close

-The Illinois Toys R Us stores closing are:

The Illinois Babies R Us stores closing are: 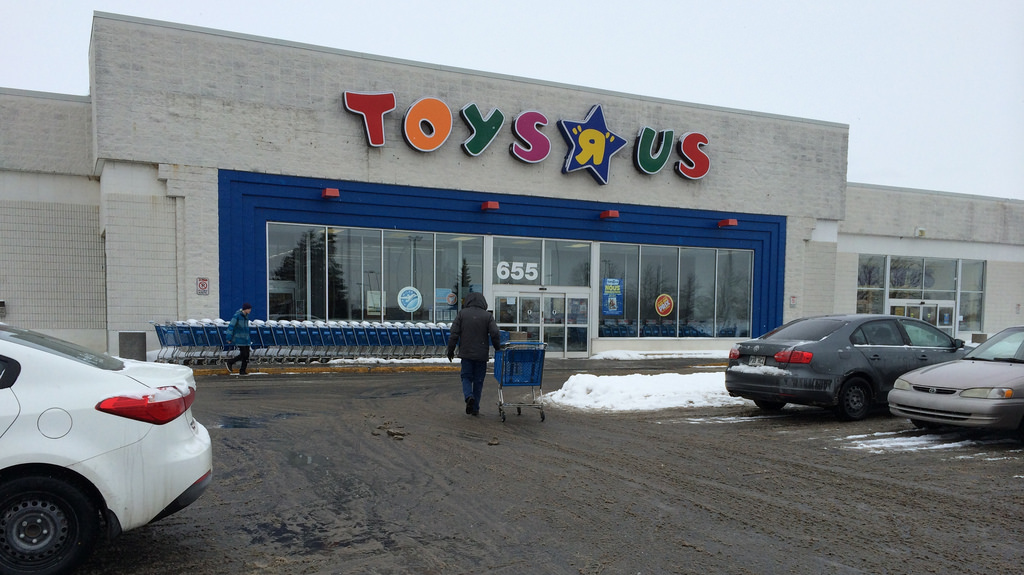