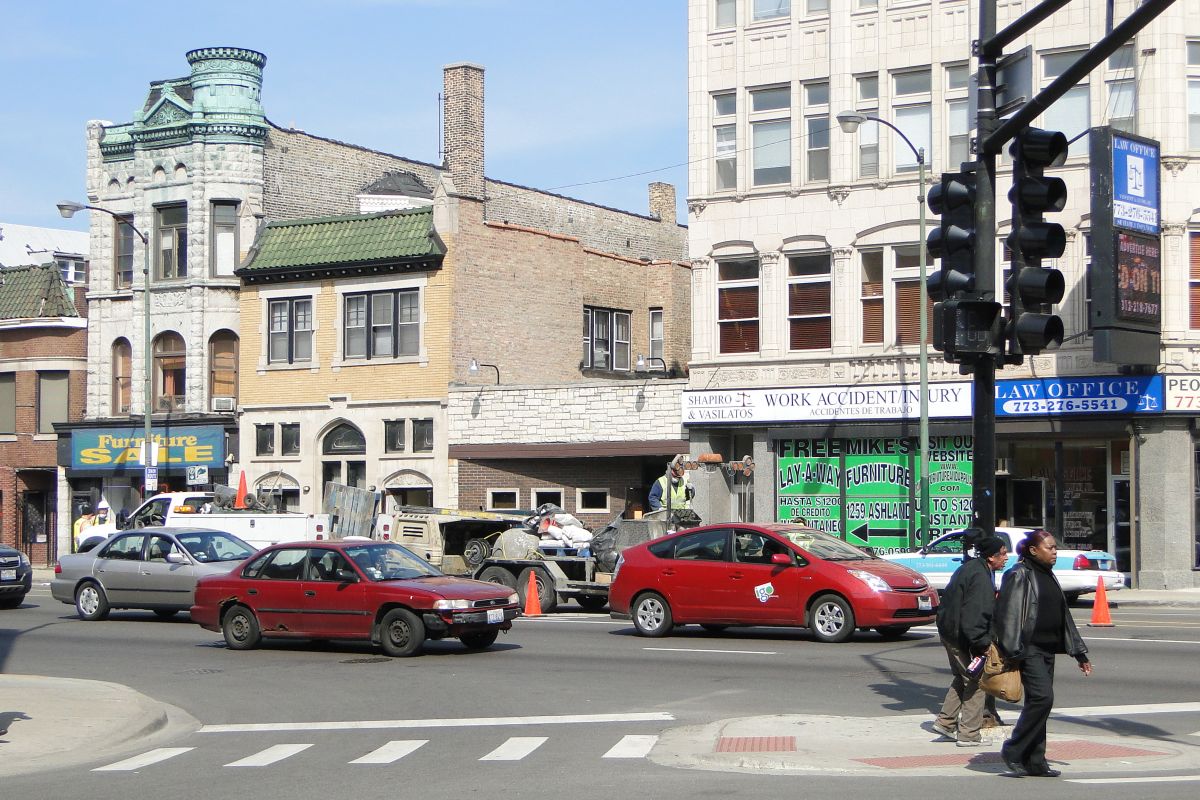 If you have seen The Wire, you may remember Sonja Sohn and Jenn An. The two celebrities have booked recurring roles opposite Jason Mitchell on Showtime’s hourlong drama The Chi, from Chicago native and Emmy winner Lena Waithe, the show is supposed to depict the struggles of living in Southside Chicago.

Like with many invasive TV filming productions, The Chi’s decision to film on the actual streets of North Lawndale. So they set up camp and put forth a fake grocery corner store in the area, 19th Street and Kedzie Avenue to be specific.

The store confused local residents as it promised soda, milk and eggs. It advertised accepting of Link cards and the sale of lottery tickets, one could even grab a sandwich or cereal to go.

This would make the fake grocery store one of the only places one could grab food in the area. The neighborhood where they set up lacks grocery stores and food options in general.

Upon finishing up a day on set, the show and it’s production crew proceeded to anger the nearby residents even more when they decided to throw out a dumpster’s worth of food and household supplies that decorated the fake store.

Residents were appalled that they wouldn’t think to donate the food, and so unwilling to let the items go to waste, North Lawndale residents gathered in groups, began picking through the dumpster Monday so they could bring home food to their families.

Filled with anger, the residents took to Facebook to voice their opinions, Jayleen Sandoval, wrote:

“It is so shameful that a company like this is profiting off of a show about the hardships and struggles … living individuals face living in Chicago. It is even more shameful that the company failed to recognize that all the food and items they simply tossed could have been donated to the numerous shelters around the Chicagoland area INCLUDING the South Side.”

What the show considered garbage was actually bountiful amounts of everything from canned tuna to sponges, cleaning supplies, diapers, condoms and snacks. Sandoval’s roommate, Kimberly Camacho said, it “hurt” to see how disposable everything was to the show’s staff.

Without a second thought Camacho and her roommate dumpster dove head first into the dumpster and acquired as much as they could that hadn’t been opened or contaminated.

Camacho estimated the dumpster held enough items to help 40 families. And as they did their digging, they witnessed children poking around the dumpster, grabbing food for their families and avoiding trash and broken glass as adults told them what they should take.

Camacho and others were providing flashlights and handing items down to those waiting in line to get in on the action. Camacho also pointed out her frustration with the hypocrisy of the show and it’s Chicago native front runners.

“It just seemed like common sense to give it to someone. … How do you become so entitled that you think it’s best or easier to throw it away and that it’s not worth the effort to give that food to someone in need?”

RELATED: A potential fight is brewing between Obama and Chicago’s South Side

Not only did they almost dispose of perfectly good food, they also left a mess behind once actually clearing the set. Camacho and the residents again came together and showed them what the real Chi is about — helping our neighbors.