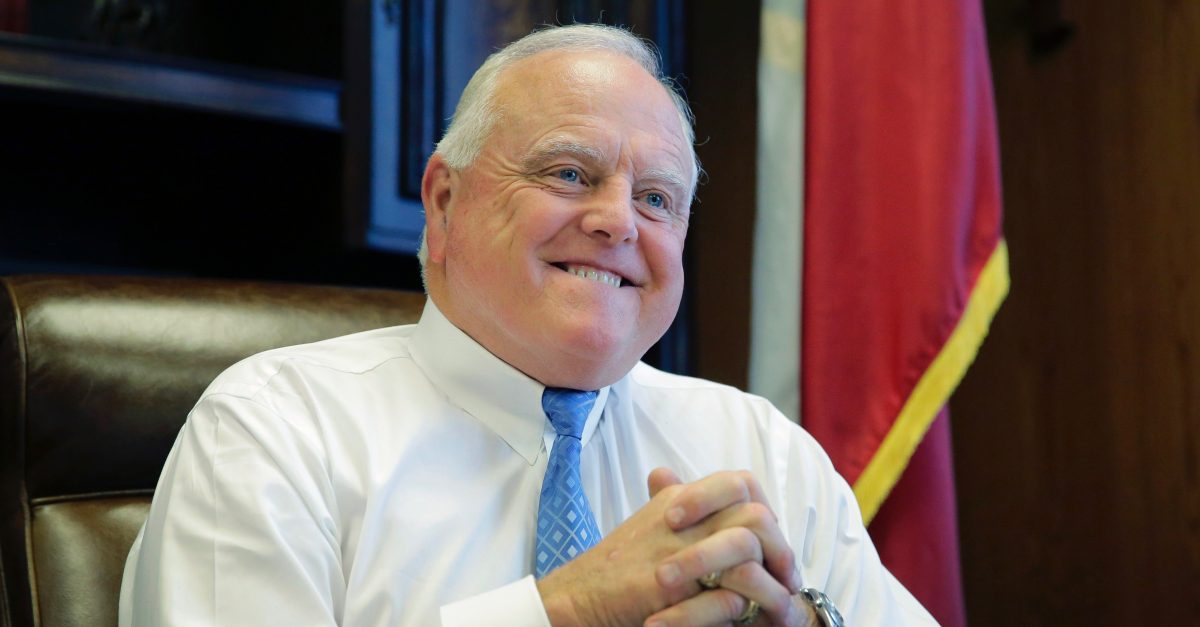 If you’ve never heard of him, his colorful character regularly shows through on Twitter:

But during a recent trade and marketing trip to Israel, the Republican state official was revered for being his unapologetic Texas self, especially while showing Shomron, or Samarian in English, Regional Council head Yossi Dagan “how to turn a rope into a lasso […] [twirling] it in the air above his head as he sat in the saddle on a trotting horse,” as the Jerusalem Post newspaper described it.

RELATED: Israel is getting high, legally

Miller said he wanted to make the trip to explore new agriculture markets, as well as exchange valuable technology to enhance Texas ranching and farming in an announcement ahead of his travels:

However, as head of the Council, which provides municipal services to 35 settlements in the internationally disputed West Bank, Dagan’s settlement and, by extension, his deal with Miller are not recognized as legitimate extensions of Israel by the United States or the United Nations.

In an interview with the Texas Tribune, Miller said his visit to the disputed West Bank was “specifically targeted to send a political message:”

“It’s just time the world recognizes that Judea and Samaria are legitimate. They’re a mainstream part of the economy and the government of Israel.”

Miller wrapped up his trip by signing a declaration of cooperation with the Council to promote agricultural trade between the Shomron Area settlement and the only U.S. state that was once an independent country.

Perhaps this sentiment emboldened Miller to approve the decree, despite a lack of U.S. or U.N. recognition of the settlement, in attempts to restore Texas’ sovereign power.

While many might support this effort, technically, it is illegal for Texas secede under the current structure of federal power, which was enacted after the Civil War.

RELATED: You won’t believe the number of Californians who want to secede from the United States

Of course, the “pro-Trump Maverick,” as the Jerusalem Post further described Miller, could have also been making the deal as a reflection of his dedication to the current administration, including newly-appointed Ambassador to Israel David Friedman, who believes the contested settlements belong to Israel.

But in a release, Dagan said he knew why Miller signed the deal:

In recent years, many U.S. leaders have turned their back on Israel.  So it is gratifying to know that there are leaders of courage like Sid Miller willing to stand in solidarity with Israel and visit these territories that others may consider ‘disputed.’ My friend, Sid Miller, understands that there is no dispute about this region in the eyes of God.

The U.S. State Department and State of Texas have not commented at this time.