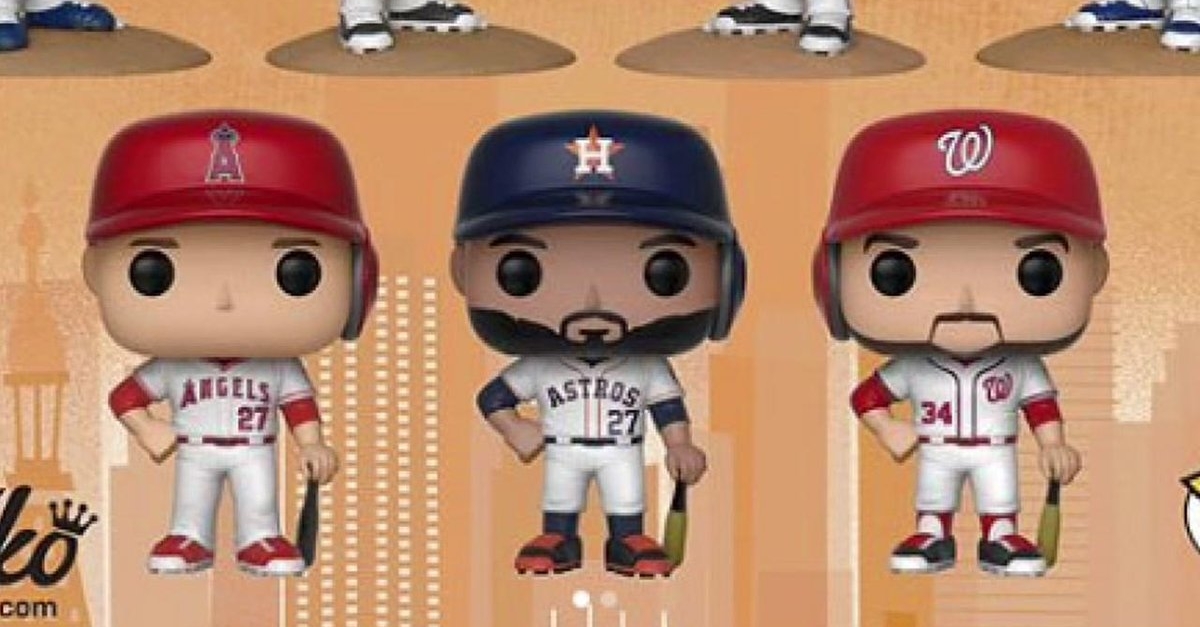 Spring training is heating up, and that can only mean one thing — baseball is back, baby!

This year, popular toy maker Funko Pop is getting in on the action with their own 2018 lineup filled with the stars of the 2017 season.

RELATED: History earned — a city, a team, and a trophy decades in the making

They revealed the lineup at the 2018 New York Toy Fair.

While it’s no surprise that Altuve stole a few hearts at Funko and earned himself a spot in the 2018 bobble-head lineup, it’s a little shocking that the championship Astros didn’t have more representation.

Altuve’s Funko Pop figure will go on sale in May.

Altuve: "We really want to do it again." And much more from the 2017 AL MVP. pic.twitter.com/7WvqpXWRuB