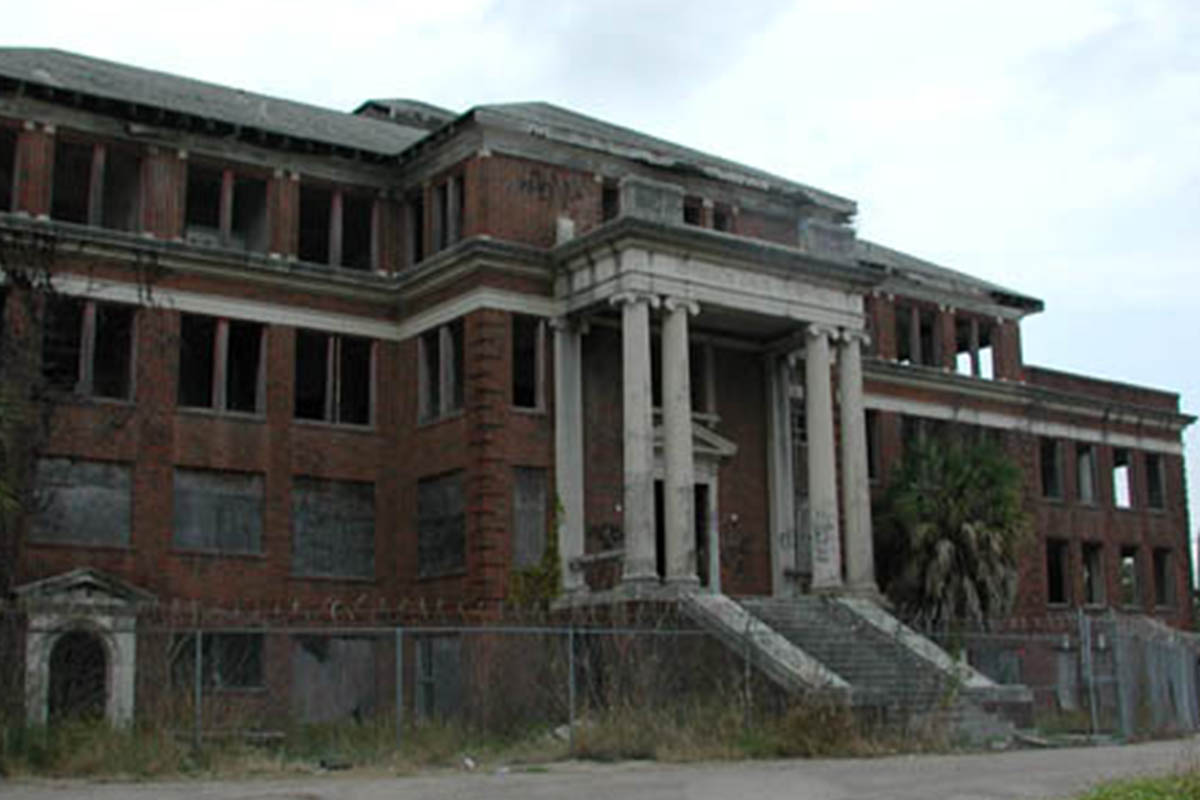 When it comes to having the pants scared off you and your friends this Halloween, you have two options: go for the jump scares of pop-up skeletons and cheesy horror movie knock offs in a “haunted house”, or visit one of Houston’s numerous historical locations that are believed to be actually haunted by real, spooky specters from the afterlife.

Though much of Houston may have the sheen and veneer of a city that looks like it was entirely built in the last 40 years, the truth is that the Houston area is nearly as old as the country itself, and it is rife with ghost stories and paranormal activity.

The Most Haunted Places in Houston

Lovers of books and ghosts alike may find what they need at the Julia Ideson Building at 500 McKinney in downtown Houston. The building serves as an annex to the modern Houston Public Library building next door. The building also reportedly serves as the home of Jacob Cramer, a longtime caretaker, and his dog Petey.

The historic Rice Hotel (909 Texas) was once home to some of the most hard-drinking, hard-driving, and hard-partying figures in both show business and the oil business. Now converted into the posh Rice Lofts, some of the partygoers are allegedly still dancing the night away, decades later. Reports have surfaced of sightings of ethereal dancers cutting a rug on the building’s roof. Not exactly the scariest haunted house, but certainly one where you’ll find ghosts all the same.

Even some of Houston’s most gentrified locations are not immune to hauntings. The Elder Street Artists Lofts were constructed in 2005 on the site of the Jefferson Davis Hospital, which was in turn constructed in 1924 on a cemetery for Civil War soldiers and officers. Numerous reports surfaced over the years that the hospital was haunted. Now the ghosts of Confederate soldiers that inhabit the new space can serve to inspire, or frighten, the site’s new residents. Any time you build on top of an old hospital it’s guaranteed to be a hot spot for the afterlife.

Sadly, one historically haunted Houston site that won’t be on anyone’s Halloween itinerary this year is the Spaghetti Warehouse building at 901 Commerce. While the popular restaurant had reportedly been haunted for years, much of it was lost in the floodwaters of Hurricane Harvey this past August. The restaurant announced that they would reopen in Houston, but have not yet stated if they can restore the downtown location, or if they will find another site. No word yet on if the ghosts will follow them to any new location.

This famous hotel in Galveston, Texas offers ghost tours and is one of the most haunted locations in the entire Houston metro area. Room 501 is arguably the scariest spot in the hotel. As the story goes, the fiancé of a sailor, named Audra, took her own life in the room after learning that her love had died at sea. Now people swear she shows up regularly on ghost tours.

This story was originally published October 20, 2017

Watch: The Gruesome Tale of “The Most Haunted House in New Orleans”