New Orleans may be removing their statues commemorating the Civil War, but Houston’s Confederate ties remain 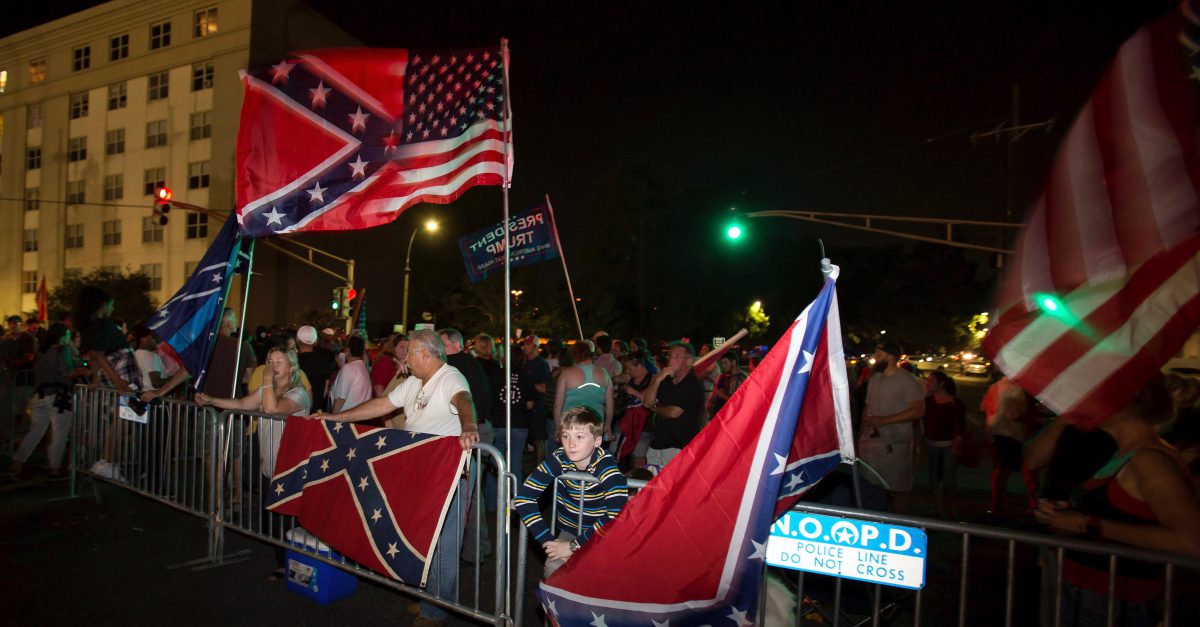 AP Photo/Scott Threlkeld
Pro-monument protesters gather as the Confederate general P.G.T. Beauregard is removed Tuesday, May 16, 2017, from the entrance to City Park in New Orleans. The removal of the statue comes after the city has already taken down a statue of Jefferson Davis, the Confederacy's only president, and a memorial to a white rebellion against a biracial Reconstruction-era government in the city. (AP Photo/Scott Threlkeld)

In his 23-minute speech on the removal, which has been promised since 2015, NOLA Mayor Mitch Landrieu addressed the issue of censoring history with the latest deconstruction, describing the statue of Lee and three other memorials recently removed around the city as ?symbols of white supremacy:?

?I knew that taking these monuments down was going to be tough,? Landrieu said. ?But you elected me to do the right thing, not the easy thing, and this is what that looks like. Now is the time to send a new message to the next generation of New Orleanians. A message about the future. A message about the next 300 years and beyond.?

Six hours West, Houston?s own ties to the Confederacy remain, including the ?Spirit of the Confederacy? statue dedicated to ?all of the South who fought for the principles of states? rights,? in the middle of Sam Houston Park downtown.

Confederate ?war hero? Richard Dowling also has a statue dedicated to his service in Hermann Park, and he is the namesake of Dowling Street.

Statues, school districts and memorials commemorating Confederate figures remain across the state, including the Austin Capitol Grounds, where there are ?at least 12 tributes to the Confederacy.?