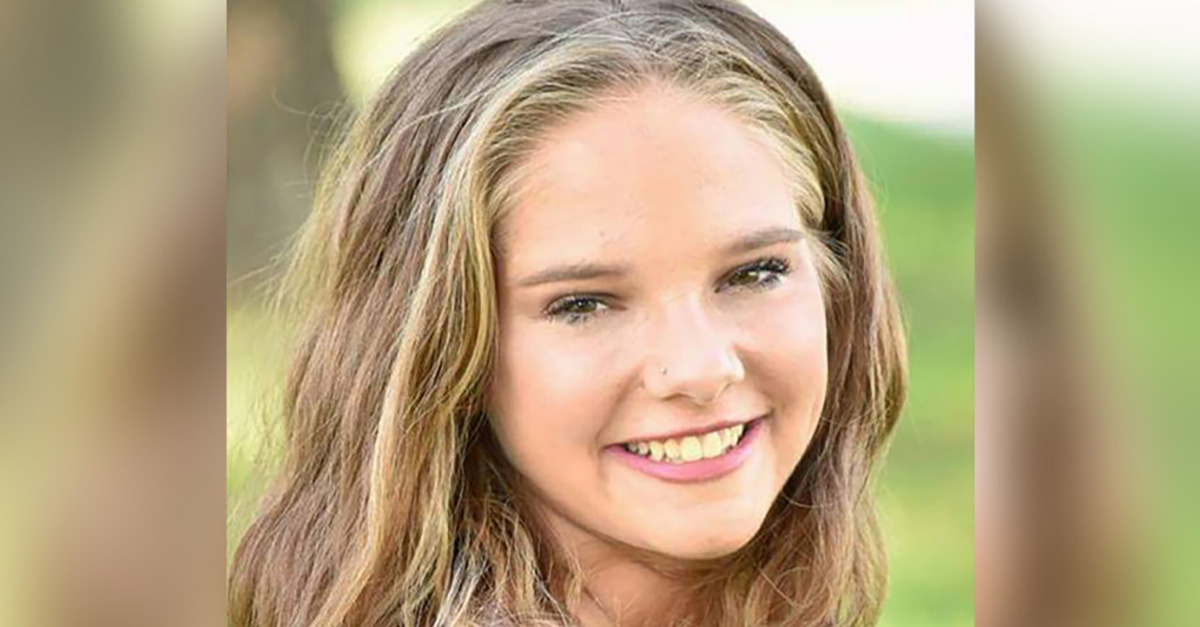 The 15-year-old girl from the area of Beaumont, Texas, who was recently reunited with her family after it was suspected she had disappeared with someone she met on the internet, has died.

RELATED: Now we know why a reporter disappeared in Houston, and it raises concerns about a different problem

Heaven Cox disappeared last November, allegedly running away with a “much older” man whom she apparently met through Snapchat. Her disappearance sparked a nationwide search.

Her family believed she went to meet the man in San Antonio over the Thanksgiving holiday and traveled with him to California, the Beaumont Enterprise reports.

She was found unharmed on Dec. 1 at a residence in Louisiana and was reunited with her family.

CBS News reports that Cox’s mother, Tammy Cox, announced the girl’s death Saturday on her Facebook page, saying, “Our sweet Heaven left us to be with Jesus this afternoon around 4:00. Some bright lights are not meant for this dark and cruel world. I know that Dusty and Gracie were there to welcome her. Sing with the angels sweet girl. I love you.”

She did not reveal a cause of death.

At the time of Heaven’s disappearance, her mother told authorities that she suffered from mental illness and that she believed she was picked up by a “predator” she met online, according to the New York Post.

“The man she has been talking to is a predator, who has apparently been manipulating her for some time, and in her current state of mind, she believes that he is her friend,” she said on Facebook after her daughter’s disappearance.

RELATED: Police make stunning arrest in case of pregnant woman who disappeared in 2013

When the teen was found, KHOU in Houston reported that the Orange County Sheriff’s Department issued a statement that offered some details.

“Preliminary reports are that Heaven left her residence last Saturday on her own accord, but we will continue to speak to all persons involved. We have not ruled out pending criminal charges,” the statement said.

“The residence where Heaven was located belonged to a relative of a person that was known by Heaven. This investigation will continue and we will relay further information as it becomes available.”