These men were either really, really anxious or they were smuggling Xanax 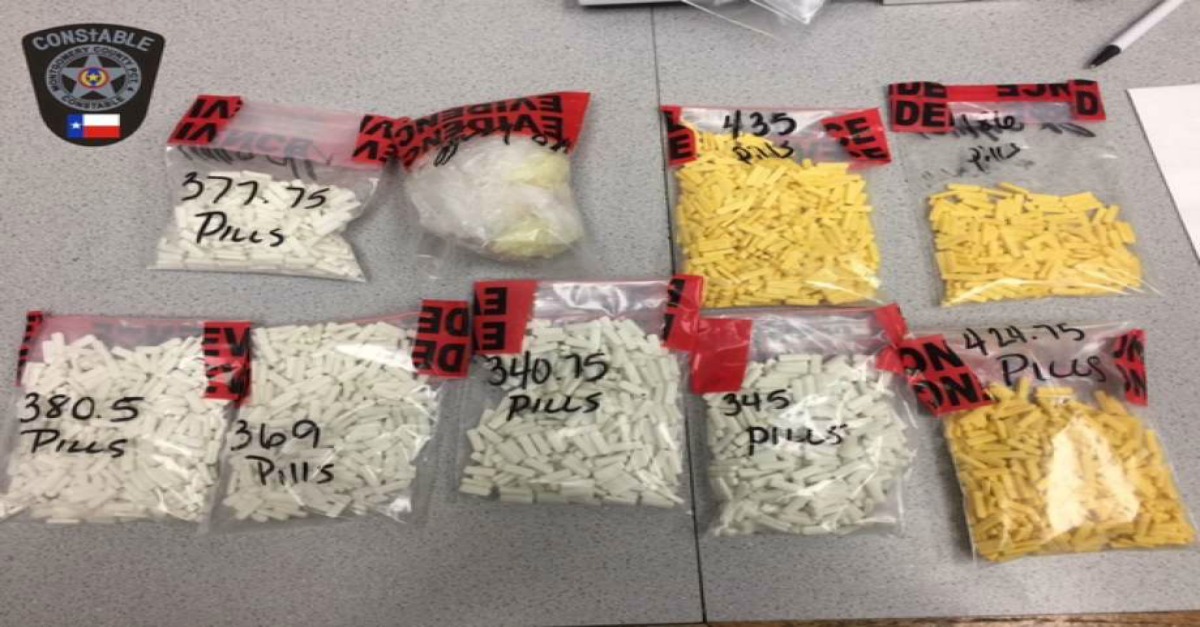 Two 24-year-old men allegedly hauling nearly a pound and a half of Xanax pills were busted in New Caney, Texas on Tuesday.

Mekal Williams of Arlington and Devante Thomas of Alexandria, La., were arrested after a traffic stop on Highway 59 in New Caney, according to Montgomery County Constable Precinct 4.

A deputy says he smelled marijuana on the car, but the men insisted there were no other drugs in the vehicle.

That’s when a drug-sniffing dog named Dino got in on the action and alerted the cop that something was not on the up and up.

Under the hood, the deputy found approximately 750 grams of Xanax pills.

RELATED: After almost $1 million worth of meth candy was recently seized near Houston, authorities have made another huge bust in Texas

The men were arrested and charged with manufacturer/delivery of a controlled substance, a first degree felony.