Watch as Cat in the Hat breaks into Houston area school 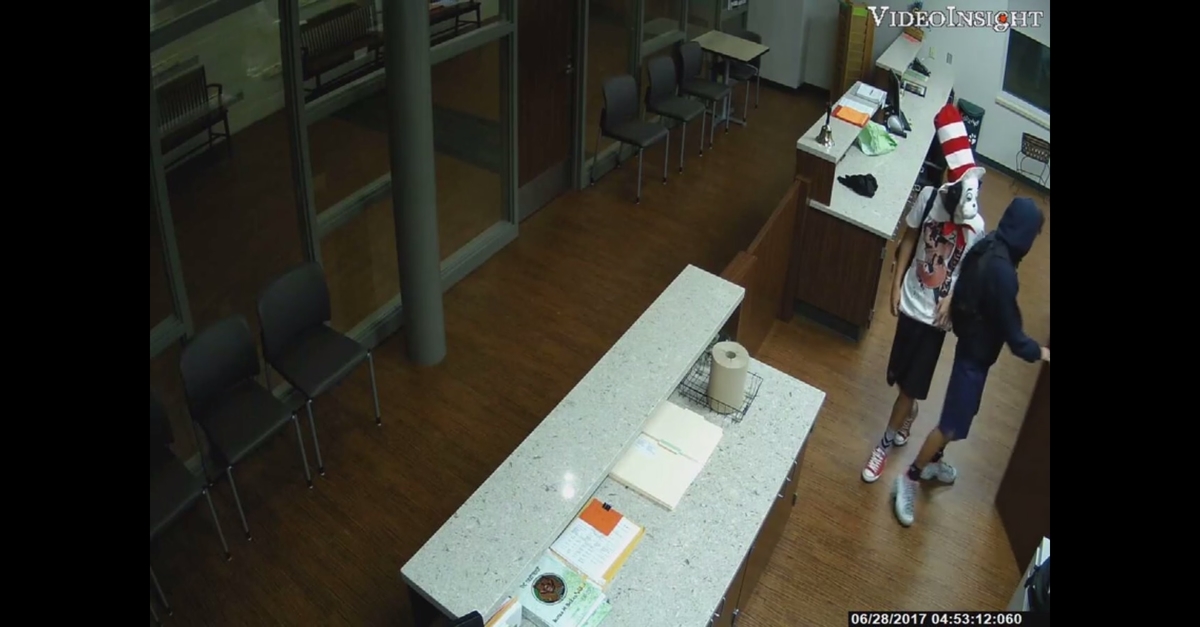 Police need your help to bag a few cat burglars that weren’t as sneaky as they thought.

Police are hot on the trail, but they need the public’s help. They posted a video of the crime to their Facebook page on Monday, July 10.

Surveillance footage shows that one of the suspects wore a Cat in the Hat mask, while another hid his face with a hoodie and a bandana tied around his mouth. The third suspect was not shown in the released footage.

The suspects were carrying bags.

The surveillance footage shows the suspects digging around in the school’s front office, but it is unknown at this time if anything was stolen.

If you have any information about this ongoing investigation, please contact investigative specialist Amy Haire at 281-842-3173.