On Thursday afternoon, television fans across the world received a shock in their Twitter feed. Actress Julia Louis-Dreyfus announced to the world that she had been diagnosed with cancer. The Emmy award winning actress, best known for her time on “Seinfeld” and “Veep,” revealed that she is among the 1 in 8 women who are diagnosed with breast cancer.

“Just when you thought…” Louis-Dreyfus captioned her messaged.

Her post continued with a message about how many women are not lucky enough to have the support and healthcare that Louis-Dreyfus has at her disposal.

“The good news is that I have the most glorious group of supportive and caring family and friends, and fantastic insurance through my union. The bad news is that not all women are so lucky, so let’s fight all cancers and make universal health care a reality,” she wrote on Twitter.

RELATED: Hugh Hefner was the guardian of Los Angeles’ most legendary landmark: the Hollywood sign

Just when you thought… pic.twitter.com/SbtYChwiEj

Moments after her tweet went live, news of Louis-Dreyfus’ diagnosis spread across the Internet. Many of her fans, famous or otherwise reached out to offer their support. Breast cancer survivor and actress Christina Applegate was among the first.

“Mama, find me. Let’s talk if you want,” Applegate wrote on Twitter.

According to HBO, Louis-Dreyfus found out about her diagnosis the day after the 2017 Emmy Awards.

“Our love and support go out to Julia and her family at this time,” the network said in a statement to The Hollywood Reporter.

“We have every confidence she will get through this with her usual tenacity and undaunted spirit, and look forward to her return to health and to HBO for the final season of ‘Veep.'” 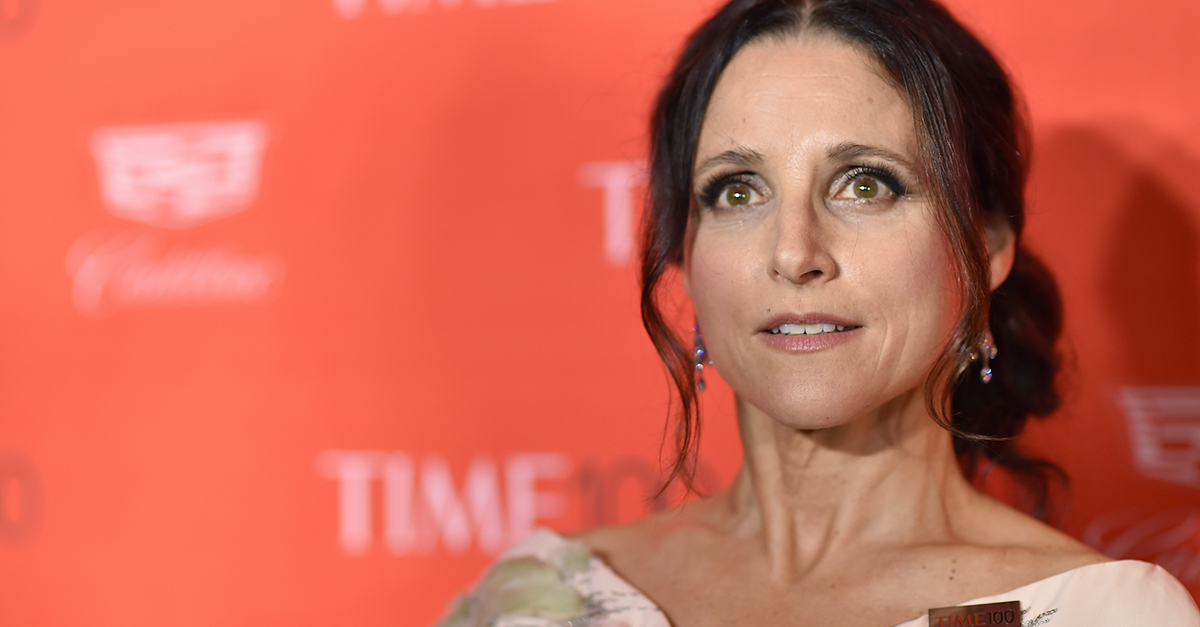