Are Alex Rodriguez and Jennifer Lopez planning on tying the knot anytime soon? The former Yankee was quite aloof when it came to answering questions about the rumors of a potential upcoming engagement.

“Um, the question is, ‘I need to find out which episode am I in first,’” he said laughing and avoiding an answer. “I don’t know.”

When the interviewer brought up the fact that Lopez recently mentioned she “feels in love” with the former baseball player, Rodriguez shyly responded, “Well, Jennifer is amazing and it’s nice. You’re going to make me blush. She’s an amazing girl.”

RELATED: An emotional Jennifer Lopez reveals her family’s pain after the hurricane in Puerto Rico

They officially announced the relationship to the public in March and have been going strong ever since. As the pair has gotten to know each other’s families over the past few months, Rodriguez declared Lopez is his daughters’ role model, saying, “How diverse she is in terms of the arts and her career. For them to be around their role model is so cool.” 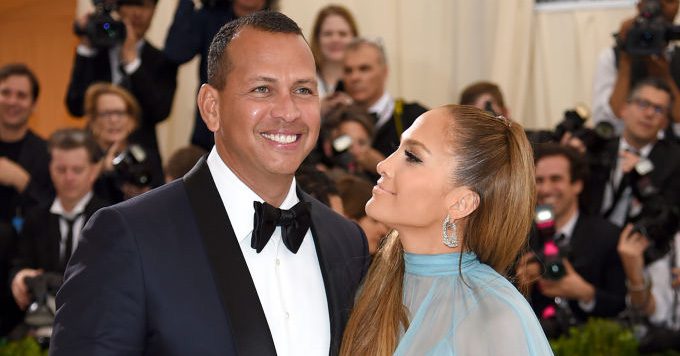