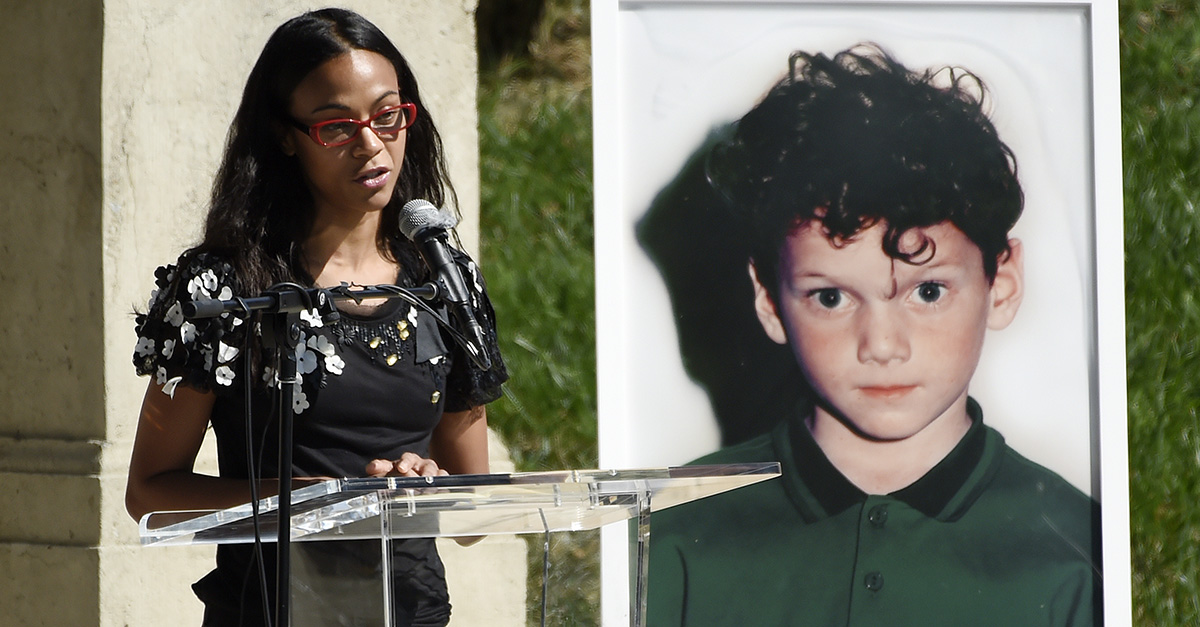 Photo by Chris Pizzello/Invision/AP
Actress Zoe Saldana addresses guests at a life celebration and statue unveiling for the late actor Anton Yelchin at Hollywood Forever Cemetery on Sunday, Oct. 8, 2017, in Los Angeles. Yelchin died in June 2016 at the age of 27. Saldana and Yelchin were fellow cast members in the "Star Trek" film franchise. (Photo by Chris Pizzello/Invision/AP)

Friends, family and co-stars gathered on Sunday to remember the late Anton Yelchin at a statue unveiling at the Hollywood Forever Cemetery in Los Angeles.

Zoe Saldana, one of Yelchin’s “Star Trek” co-stars, spoke about his life and legacy at the emotional memorial saying, “It is a bittersweet moment, because we’re here for Anton, and he’s not here with us.”

“But, it alleviates my heart knowing that we’ll keep him alive. We’re going to keep remembering him in the hopes that by practicing all the things he believed in and remembering all the love that he gave us, and all the joy he gave us, we’re able to just keep him here with us,” she said. She also read a chapter about friendship from “The Prophet” by Kahlil Gibran, according to PEOPLE.

Yelchin’s mother, Irina, also spoke about her son and remembered him as a “beautiful human being.” She dedicated a project to his memory, the Anton Yelchin Foundation, which will help young artists “who face career challenges due to debilitating disease or disability.”

“We want to keep Anton’s spirit, his legacy, alive for many, many years to come,” she said. “After Anton left, there are only a couple of things left to do. A foundation, photography book and sculpture. We accomplish two by today. The Anton Yelchin Foundation and the statue at Hollywood Forever, so he would be surrounded by the people he admired and to be in the middle of the city that he loved so much.”

His statue is located in the Garden of Legends at the cemetery, just steps away from musician Chris Cornell’s memorial.