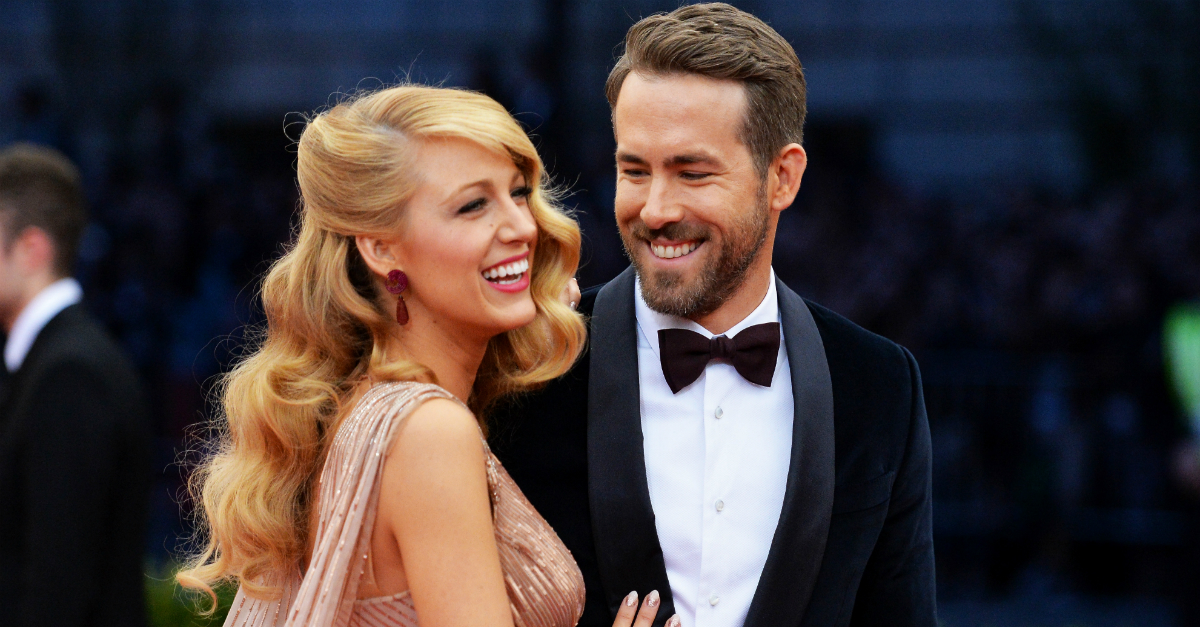 During a recent appearance on “Good Morning America,” actress Blake Lively talked about how the fact that she and her husband — fellow film star Ryan Reynolds — are both professional actors is extremely helpful for their relationship because they both understand that they occasionally have to get frisky with other people in front of a camera.

“In general, it’s nice to have somebody who understands what you’re doing,” she said. “Especially because our job is so weird — you have to be married to other people, it’s all so strange. It’s never normal, even when we’re both doing it.”

RELATED: Kevin James breaks his silence about the death of his TV wife on “Kevin Can Wait”

“It’s helpful to know when you’re acting like you’re in a relationship with someone else, that that’s not what’s actually happening. Because I have friends who are married to people who aren’t in the business, so they’re like: ‘Oh, so you’re not actually making love in that scene?!’ And I’m like: ‘No, no, no, no, definitely not.’”

Lively also talked about how much she loves her husband’s sense of humor, but admits that she’s always know what he’s up to on Twitter.

“Luckily, I lost my password to Twitter like a year and a half ago, so I haven’t been able to keep up. Everybody’s always asking about it … He’s so funny, but [needs] a lot of therapy.”