Menu
Follow us
Search
Menu
Search
HOLLYWOOD, CA - MAY 19: Dwayne "The Rock" Johnson (C) and his mom and dad at the hand/footprint ceremony honoring him held at TCL Chinese Theatre IMAX on May 19, 2015 in Hollywood, California. (Photo by Michael Tran/FilmMagic)

On Saturday night, Dwayne “The Rock” Johnson won the NAACP award for Entertainer of the Year. In 2016, Johnson solidified himself as a viral sensation through his active social media accounts, appeared in several major films and starred in his own HBO series.

After the ceremony, Johnson took to Instagram to express his gratitude.

“This one’s very special,” Johnson said of the award.

RELATED: Kevin Hart joked with The Rock during his People’s Choice Awards acceptance speech and the hunk’s reaction was perfect

“Thank you NAACP and fans for this incredible honor. Thank you to all my peers in the room last night from all walks of life who I have so much luv and respect for.”

Johnson later gave thanks to his father and his grandfather, two men who taught him “one of life’s greatest lessons.”

“My dad, Rocky “Soulman” Johnson and my grandfather, High Chief Peter Maivia. Two very proud men of color, who came up from having nothing but, broke color barriers and a blazed a path for me and so many others,” Johnson wrote.

“The lesson they taught me, was when times get tough, hold onto faith and always be willing to put in the very hard work with my own two hands. This one’s for them and all those before us who’s shoulders we proudly and gratefully stand on.” 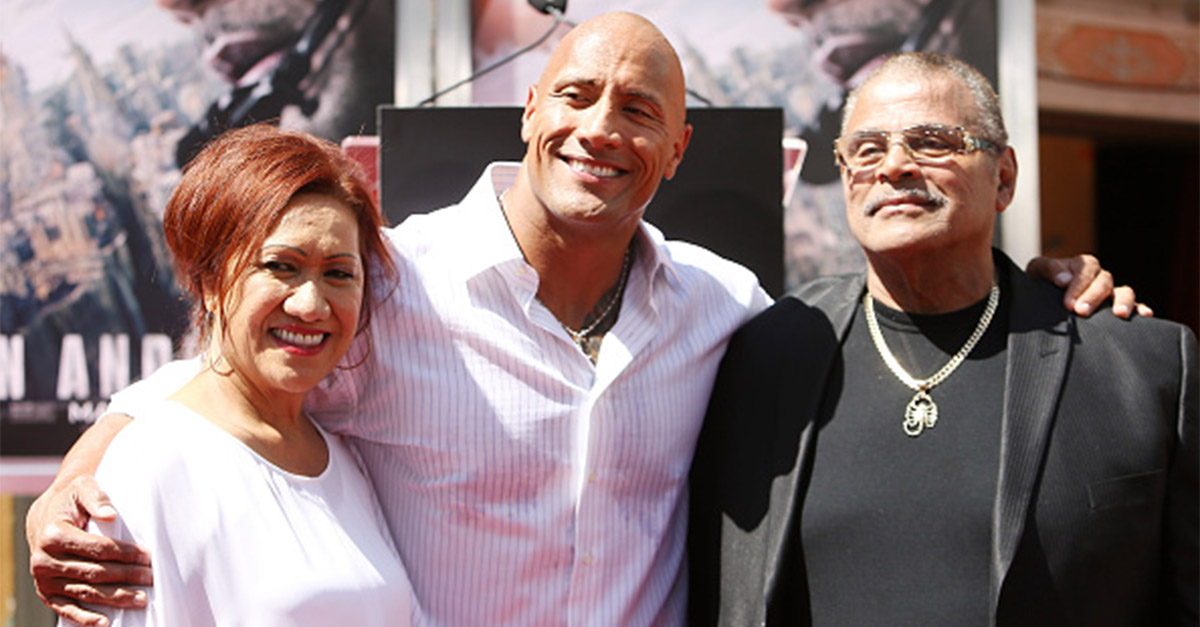