For the last few months, Alec Baldwin has been putting in a ton of work as “Saturday Night Live’s” designated Donald Trump impersonator. In this digital short, though, Leslie Jones wonders if Baldwin can really stick around to caricature Trump for the next four years; he’s a busy guy after all. “SNL” has to have someone to play the president in their sketches, so if Baldwin isn’t available, Jones decides that she’s best suited to take up the mantle (and the hair).

RELATED: “SNL’s” President Trump takes the travel ban to the court he trusts the most: “The People’s Court”

Jones puts in the time to master her impression, and then the “SNL” makeup wizards go to work. Seeing Jones with Trump hair is a riot, though “SNL” producer Lorne Michaels is less than impressed. Jones also has to compete for the Trump spot with Vanessa Bayer; it seems that once Melissa McCarthy started crossdressing as Sean Spicer, other “SNL” players saw new opportunities on the horizon.

While Jones didn’t get the Trump role, the end of the sketch shows that someone, at least found her convincing: Melania! 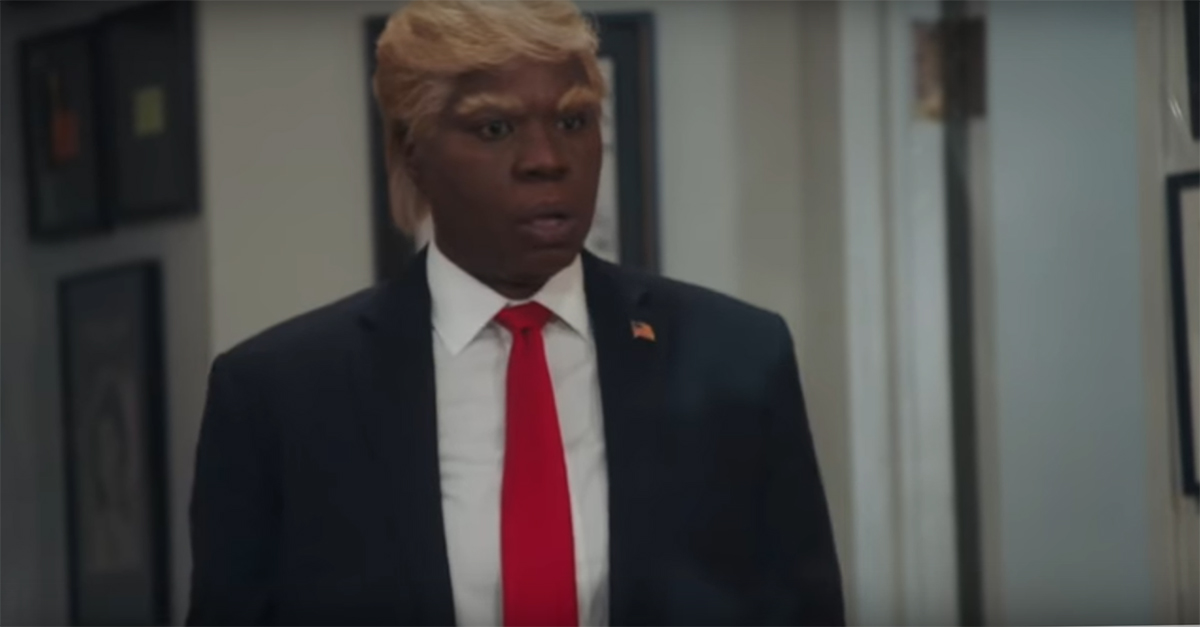