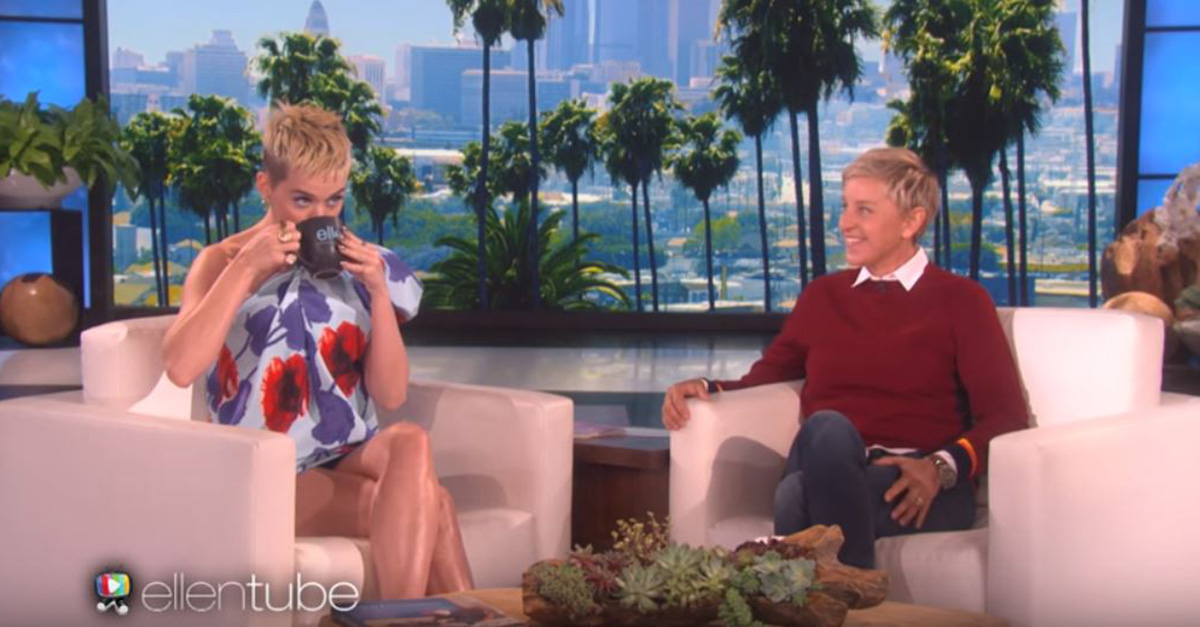 On Tuesday, Perry sat down with Ellen DeGeneres and dished about her break from the spotlight and her new album that comes out on June 9.

Perry admitted that she was exhausted after a big tour and Super Bowl performance, but now she’s back!

“It is all so fabulous!” Perry exclaimed of her return.

Aside from the new album, there have been rumors that she will be signing on as one of the judges for the new reboot of “American Idol” that will debut on ABC in 2018.

“So, ‘Idol’ is coming back,” DeGeneres said. “And, supposedly, you are going to be a judge on the new ‘American Idol.'”

“Judge not lest he be judged,” Perry said. “But, they didn’t say anything about constructive criticism, and I am good at that.”

“So, you are going to be a judge on ‘American Idol?'” DeGeneres pressed. Without a word, Perry gave a coy glance around the room before reaching for the “Ellen” mug and taking a big, long sip.

Well, she didn’t confirm the news, but that seems like a big “yes” to us!