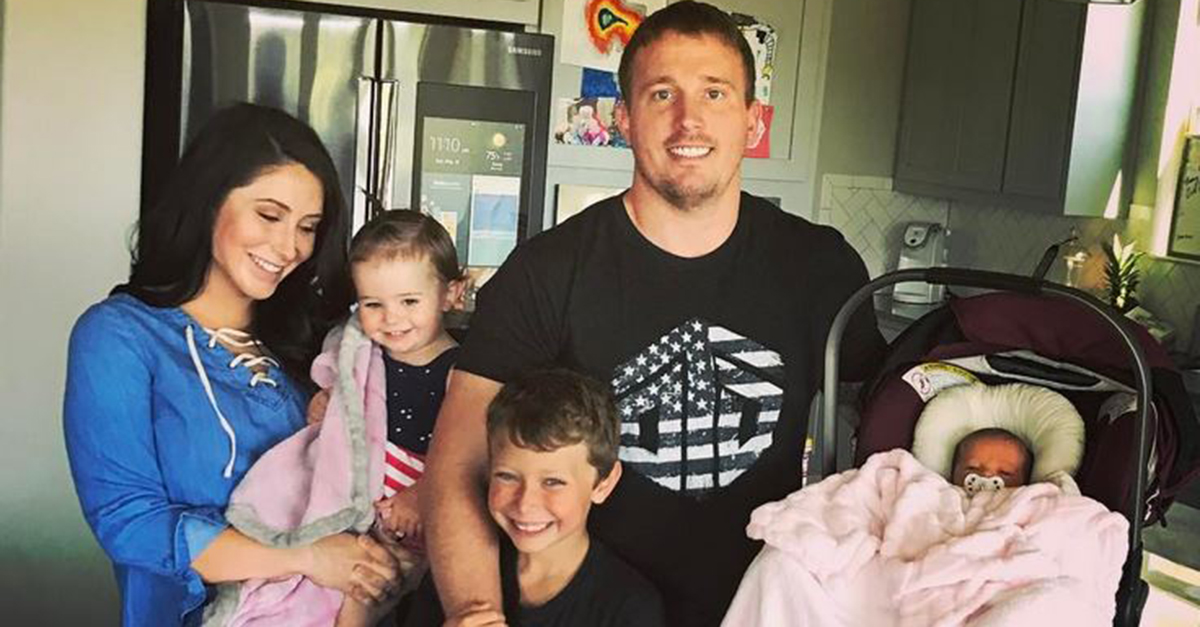 Mother-of-three Bristol Palin knows a thing or two about cute babies, and with a cute gift from a fan, she was reminded that she was one too.

The 27-year-old daughter of former Alaskan governor Sarah Palin took to Instagram to share an adorable collage featuring baby photos of her three kids, and one of herself as an infant.

“Someone sent me this 😆 my lil turtles 😍😍 Tripp, Sailor, Atlee, me,” she captioned the black and white photos.

Palin is known for posting cute flicks of her too-cute kids, — a nearly nine-year-old Tripp, an almost two-year old Sailor and six-month-old Atlee — her throwback was especially endearing.

One person noted, “Tripp [i]s a good combo of you and Levi. Sailor is her Dad mostly. Atlee is your mini me. They all have your eyes.”

What an observant individual!

“Gorgeous like Mommy. The Palin genes dominate,” said another. Palin is raising the kids with her husband Dakota Meyer, with whom she shares daughters Sailor and Atlee — her son, Tripp, is from her relationship with ex-fiance Levi Johnston.

When the pair aren’t being devoted parents, they’ve been known to show off their tough sides, while calling out people like comedienne Kathy Griffin and “King of Instagram” Dan Bilzerian. Dakota, who is also a Medal of Honor recipient, called Bilzerian a “coward” for “running away” from the Route 66 Festival during the Las Vegas shooting and challenged to beat him up for allegedly giving Bristol’s number out to people, causing her to receive an influx of prank calls.

Bristol also notably called out Kathy Griffin for playing the victim in the wake of backlash from her infamous photo shoot, where she held up a bloody, decapitated mannequin resembling Donald Trump. Palin laid out her case against Griffin in a scathing blog post called “Five reasons Kathy Griffin Isn’t a Victim in the Eyes of a Palin.”

It goes to show, Palin and Meyer are clearly know how to play mama and papa bear to their adorably precious cubs!