On Wednesday, Hoda Kotb shared yet another adorable picture of her new daughter Haley, but this time a special guest made an appearance: Kotb’s boyfriend Joel Schiffman. The “Today Show” host has posted photos of her baby girl with several of her pals, including Savannah Guthrie, Matt Lauer and Al Roker, but this is the first time we’ve seen the father and daughter together.

Kotb posted the picture, which features Haley and Schiffman lying on the floor together, on Instagram, adding two heart emojis as the caption.

Kotb announced that she had adopted Haley last month, saying, “I didn’t know that my heart could feel like this.” While she filed the paperwork by herself, leaving Schiffman’s name off of the documents, she has been clear that the two will coparent Haley together.

“Haley will call him Dad,” she told PEOPLE. “[Joel] has been so great. He’s such a great dad and a great influence.” 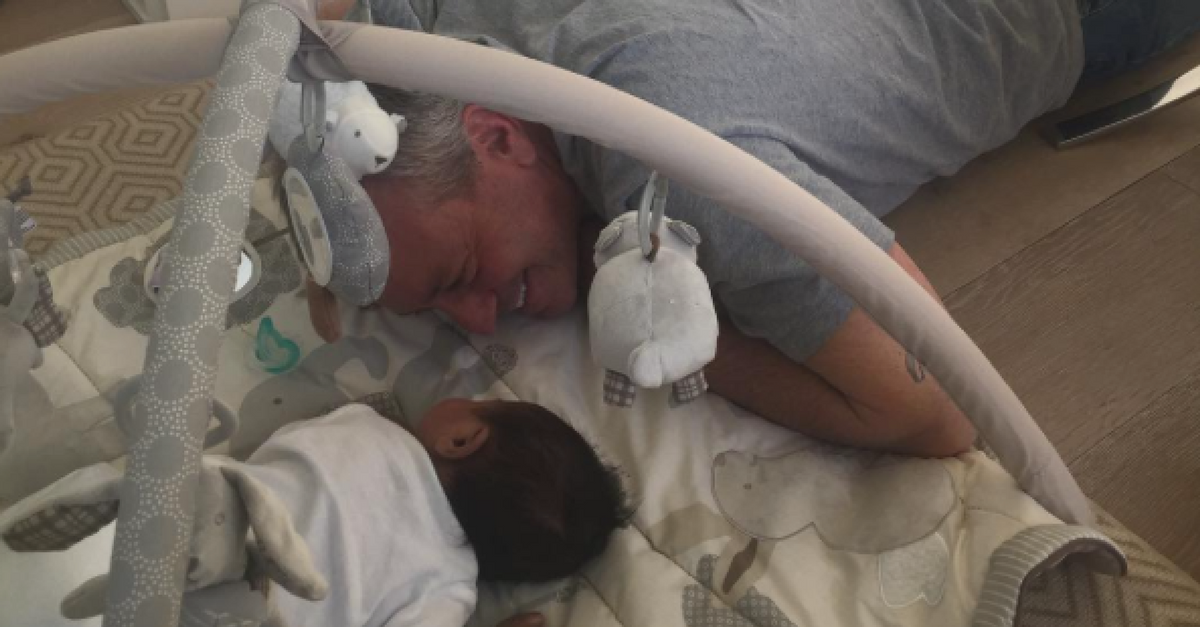