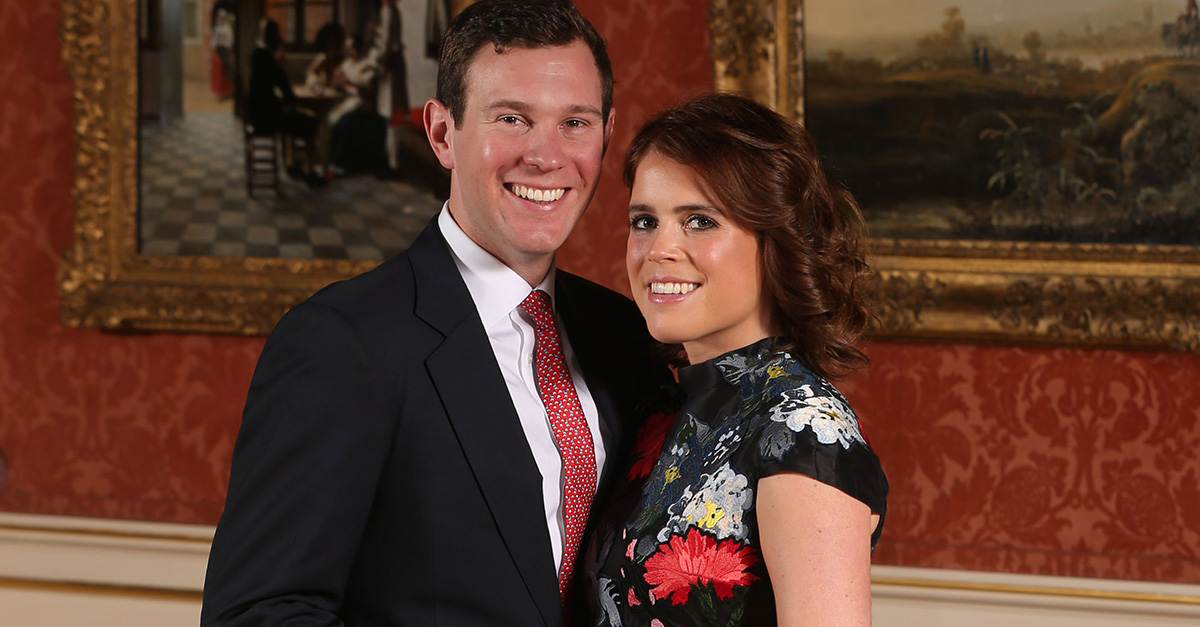 Photo by Jonathan Brady - WPA Pool/Getty Images
LONDON, ENGLAND -JANUARY 22: Princess Eugenie and Jack Brooksbank in the Picture Gallery at Buckingham Palace after they announced their engagement. Princess Eugenie wears a dress by Erdem, shoes by Jimmy Choo and a ring containing a padparadscha sapphire surrounded by diamonds on January 22, 2018 in London, England.. They are to marry at St George's Chapel in Windsor Castle in the autumn this year. (Photo by Jonathan Brady - WPA Pool/Getty Images)

Princess Eugenie and Jack Brooksbank announced their engagement on the heels of Prince Harry’s proposal to Meghan Markle and it sounds like they are going to have to now wait even longer till they swap “I do’s.”

The newly engaged couple were reportedly planning for a September wedding at St. George’s Chapel at Windsor Castle, the same venue as Harry and Markle, but have now pushed the wedding back to October. There’s speculation that the postponed nuptials are due to the fact that Harry and Markle will be on an official royal tour in September.

RELATED: Princess Eugenie shares details on her fiancé?s romantic proposal and how the queen reacted to the news

“There is talk of a number of foreign tours for Prince Harry and Miss Markle this year, and September is a date that has been mooted. There is nothing concrete yet, but it looks as if Eugenie and Jack will go for October instead,” a source told The Daily Mail. “They are fine with it. I don?t think anything will overshadow how deliriously happy they are.”

At the time of the official engagement announcement, the Palace stated the couple were planning for an autumn wedding.

?The Duke and Duchess of York are delighted to announce the engagement of Princess Eugenie to Mr. Jack Brooksbank. Her Royal Highness and Mr. Brooksbank became engaged in Nicaragua earlier this month. The wedding will take place in the Autumn of 2018 at St George?s Chapel in Windsor, with further details to be announced in due course,? the statement read alongside a photo of the couple together.

The rumored cause of postponement reportedly has not caused tension between the couples. A source close to PEOPLE said that there is “zero competition” between Harry and Markle and Eugenie and Brooksbank.

?It is complete love, and there is room for all of them,? the source said.