Menu
Follow us
Search
Menu
Search
Miami Marlins' Jose Fernandez looks out from the dugout during the ninth inning of a baseball game against the San Francisco Giants, Tuesday, Aug. 9, 2016, in Miami. The Marlins defeated the Giants 2-0. (AP Photo/Wilfredo Lee)

Maria Arias is still grieving the loss of her boyfriend, José Fernández.

Arias is speaking out for the first time since the birth of the couple’s child on Friday. She welcomed the baby girl named Penelope five months after Fernández’s tragic death.

She revealed that she and Penelope are “both healthy and doing well” and her new daughter has “brought a lot of light and joy to our lives.”

Arias did admit while she is happy to finally welcome her daughter, the birth “has not taken any of the pain away of course, because that’s always going to remain, but she’s definitely brightened up our lives. A lot of people were anticipating her arrival, because at the end of the day, it’s a little piece of him that he left behind for us.”

RELATED: Alan Thicke’s loved ones honor the late actor on what would have been his 70th birthday

Fernández died in September after a boat he was riding in collided with a rock wall. He was 25 years old. A month before his death, Fernández and Arias celebrated a gender reveal party with family and friends.

The agent for the late Miami Marlins pitcher revealed on the day of Fernandez’s funeral that he had decided on his daughter’s name prior to his death and he couldn’t wait to teach her about the game he loved.

“When he found out he was going to be a father, he wanted to know: ‘Am I going to be a good father?’ and I told him, ‘You’re going to be a great father, because you’re going to treat your child like your mother treated you. And you’ll know exactly what to do.’ The next day he bought a glove and put Penelope on it for his unborn daughter,” Scott Boras said at the time.

Arias is reportedly still close to the Fernández family. 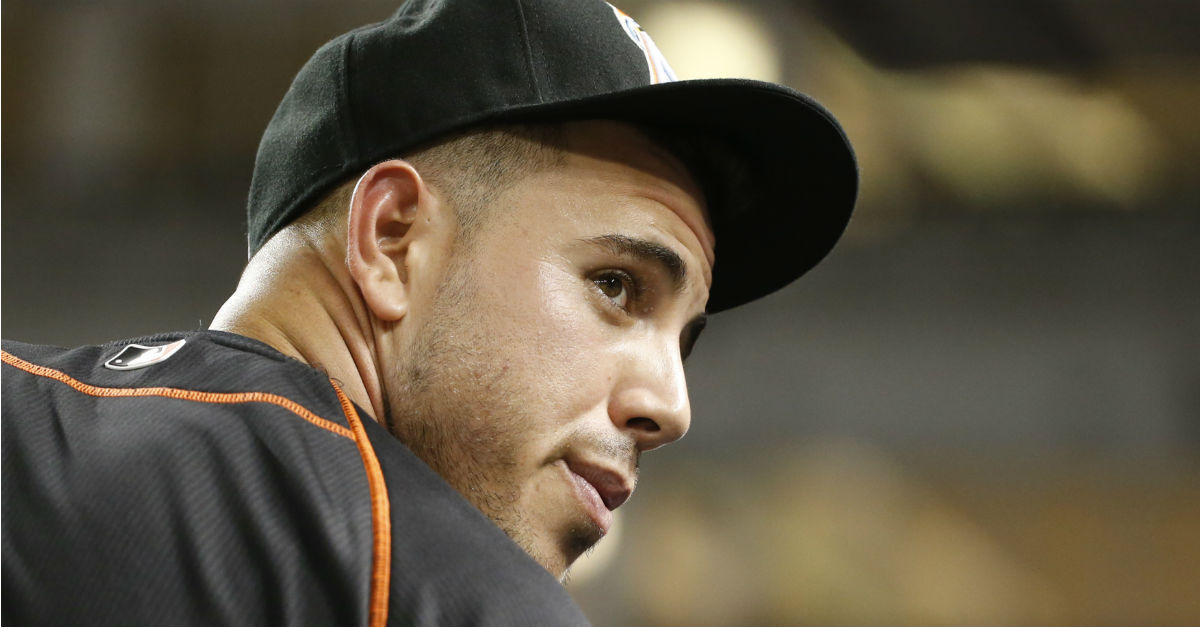