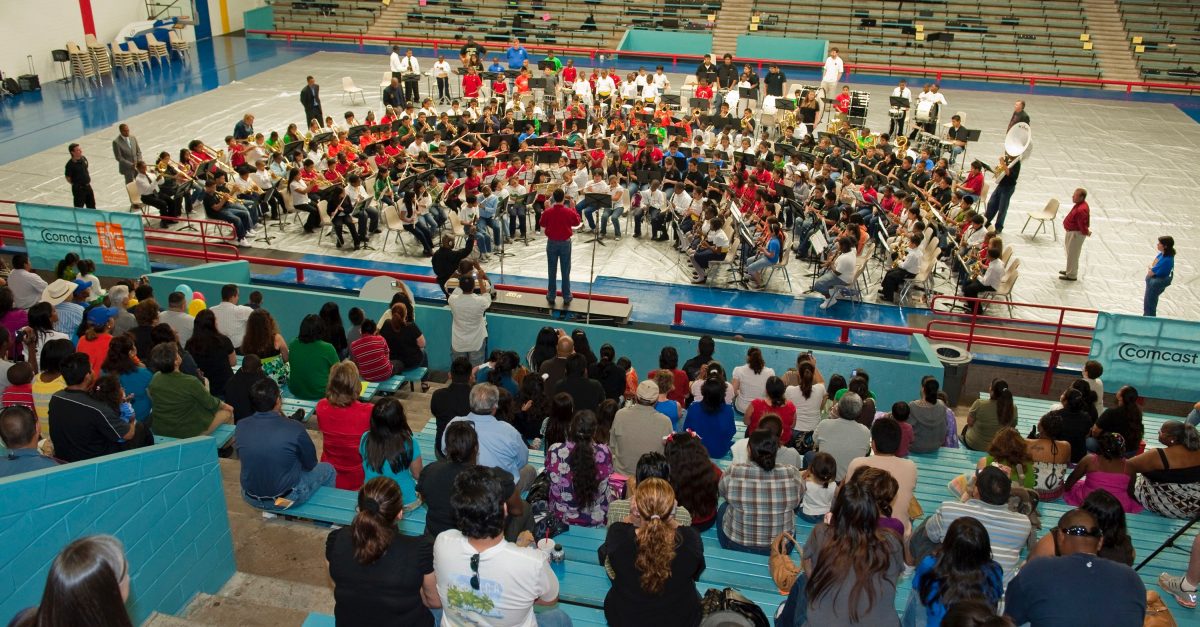 Everything?s bigger in Texas, including our homes and Education Agency.

Last week, the TEA announced that the potential revenue from $8 billion worth of property in Houston may no longer designated to HISD, the state?s largest school district.

RELATED: Trump should threaten to close the Education Department if the DeVos nomination is denied

For context, schools in Texas are controversially funded in large part by the taxes collected from properties in their districts. That means richer neighborhoods provide more money for their schools, which should trickle down to better education, right?

But even though HISD is located in the heart of Houston proper, and some of the city?s most expensive properties have taxes supporting its 200,000 students, its performance is frequently below state averages.

For scale, check out this proximate map of all of Houston’s school districts.

According to the latest results of the State of Texas Assessment of Academic Readiness, or STAAR Test, a number of schools in HISD earned a “C” in student achievement, and there was even a campus that only earned a “D” for students? college readiness.

So where is the theoretically perfect system failing?

Perhaps that should remain a rhetorical question, because Houston infamously lacks zoning laws, and we?ve all seen the dilapidated properties among the castles in Bellaire.

What?s more, between the McMansions whose property value continues to increase, an estimated 80 percent of HISD students meet the federal poverty level that qualifies them for free or reduced-priced meals.

This clearly imperfect funding arrangement lends itself to major disparities, and the property tax-based system has been challenged several times in the past. However, in the most recent challenge last summer, the Texas Supreme Court unanimously upheld the historical structure as constitutional. The nine justices more or less deferred to the state legislature?s infinite wisdom over the complaint of 600 school districts regarding the funding scheme.

The TEA says the taxes from the $8 billion worth of property around the Galleria and Greenway Plaza would be better served supporting Aldine ISD, a school district in northwest-ish Houston, including parts of Humble.

RELATED: Donald Trump is wrong: The federal government should not mandate school choice

All of these changes from the TEA were kicked off last November when Houstonians voted against repayment of tax funds after HISD was declared a property-rich district.

Although the state eventually reduced the total amount due by half, the school board is scheduled to hold a vote in May to determine if they will repay the still-outstanding $77.5 million or actually face the announced TEA detachment.

Of course, the only thing constant in life is change, and these properties could very well be redesigned again in the future because Aldine ISD?s neighboring Humble ISD was recently named one of the 10 fastest growing districts in Texas.

And with $2 million properties like this potentially funding its schools, nothing could go wrong.

Stay in school, kids, and read the full TEA order below.