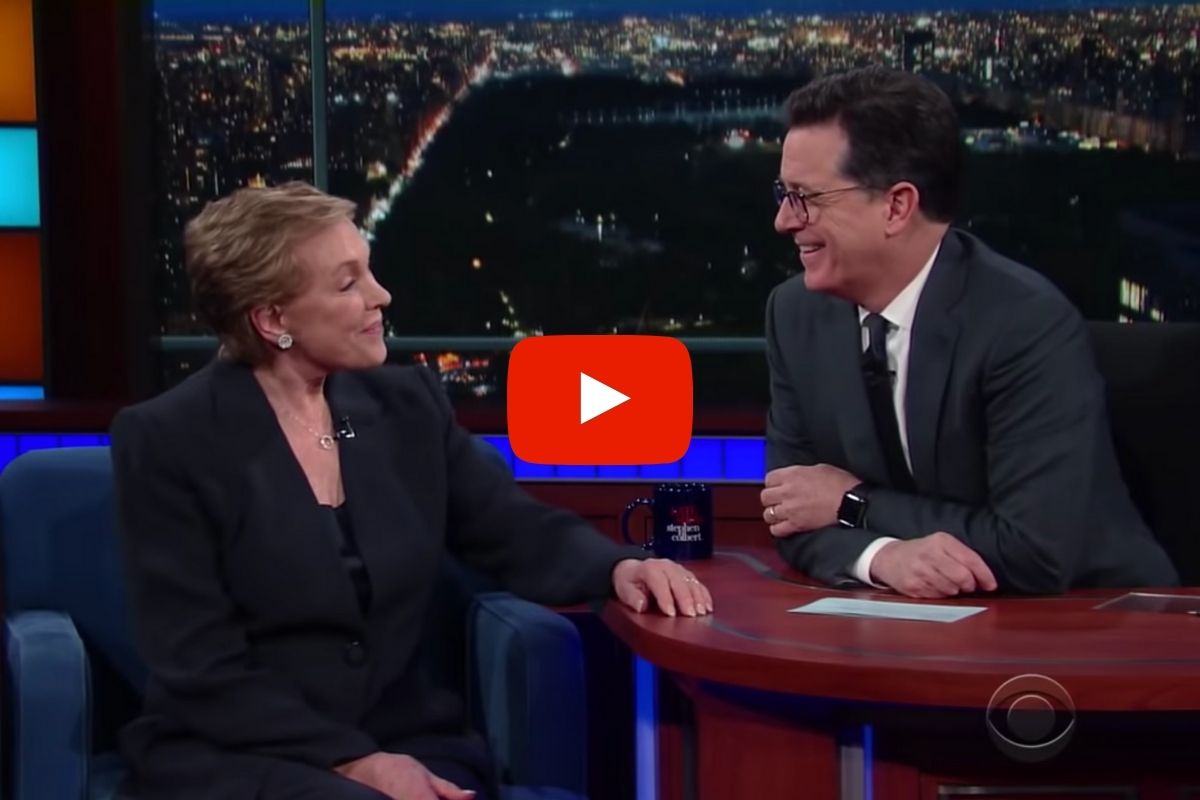 Things almost ended in tragedy for famous actress Julie Andrews on the set of Mary Poppins. During an appearance on The Late Show with Stephen Colbert Andrews revealed that she was almost killed while filming a risky stunt.

It was during the iconic umbrella scene when the actress actually almost fell to her death in an accidental tragedy. “There was a very dangerous day right at the end of filming when I was in this excruciatingly painful harness. And I was hanging around up there for the longest time with the umbrella. I thought I felt the wire leave and drop about six inches. I was nervous and very tired,” the Sound of Music star said.

?So, I called down and I said, ?Excuse me, when you do let me down, could you let me down really gently, because I felt myself slip and I just don?t feel too safe up here,'” she said. “I plummeted to the stage. I did. And there was an awful silence for a minute and I did let fly with a few Anglo-Saxon four-letter words, I have to admit.?

We guess the near-death experience was worth it. She did win an Oscar and a few Academy Awards for the film. And in 2018, Emily Blunt had the honor of playing the famous beloved character with Lin-Manuel Miranda and Dick Van Dyke in the new Disney reboot, Mary Poppins Returns.

Julie Andrews really is a true Hollywood icon. She always plays the best roles in some of the most classically timeless films, and not many can compare. There aren’t many people older than an 80-year-old who get to say they’ve been a part of some of the best movies of all time. I would say someone give this woman an award, but she’s already won all of them.

Editor’s note: This article was originally published on February 22, 2017.

Watch: ?Mary Poppins? is Being Called Racist For ?Promoting Blackface?, and People are NOT Having It!