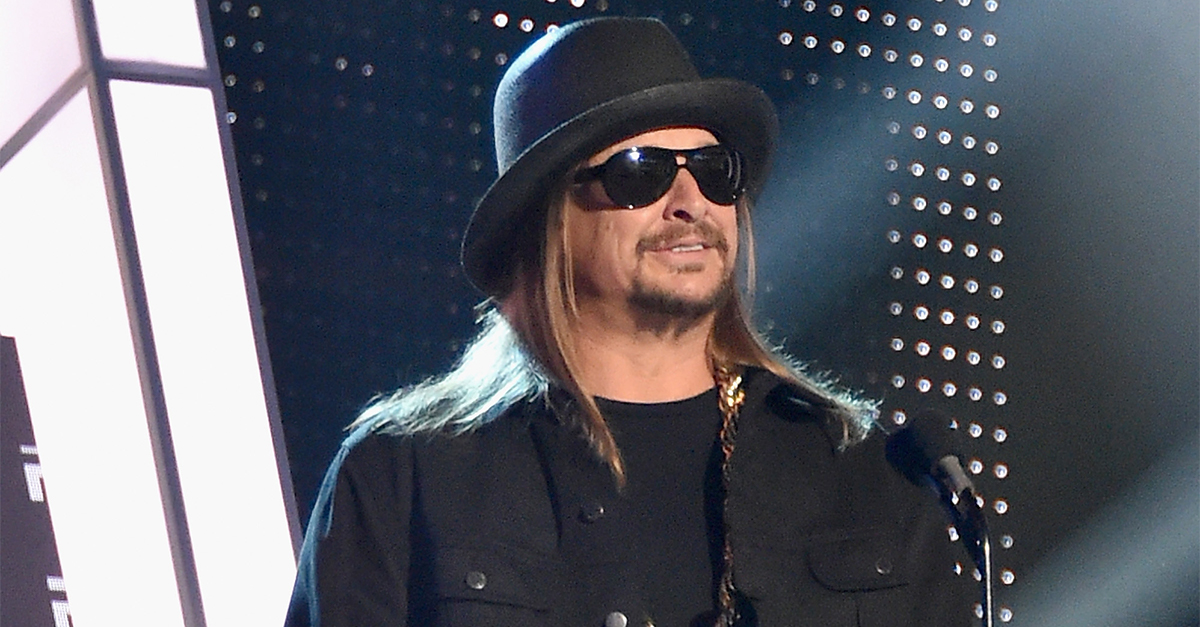 Robert James Ritchie, aka Kid Rock, announced he is running for senate in 2018, representing Michigan. After announcing his plans to run on Twitter and registering a website for his campaign, the 46-year-old singer has begun to announce his plans should he get elected.

I have had a ton of emails and texts asking me if this website is real… https://t.co/RRVgISDFeq The answer is an absolute YES. pic.twitter.com/uYCUg6mjW1

According to the New York Post, Kid Rock posted a image to his Twitter revealing his “conservative stand on taxes and regulations.”

RELATED: Of course Kid Rock is running for senate.

?I believe if you work your butt off and pay taxes,” he wrote, “you should be able to easily understand and navigate the laws, tax codes, health care and anything else the government puts in place that affects us all.?

For the election, Kid Rock will be challenging incumbent Democratic senator Debbie Stabenow. Stabenow addressed his campaign by saying, “I know we both share a love of music. I concede he?s better at playing guitar, and I?ll keep doing what I do best: fighting for Michigan.?

Kid Rock replied to her comments on his website, saying

Senator Stabenow and I do share a love of music, although probably not the same kind. I concede she is better at playing politics than I am so I?ll keep doing what I do best, which is being a voice for tax paying, hardworking AMERICANS and letting politicians like her know that We the People are sick and tired of their bullshit!