Kim Kardashian West dressed up as Cher for Halloween, and people are loving it 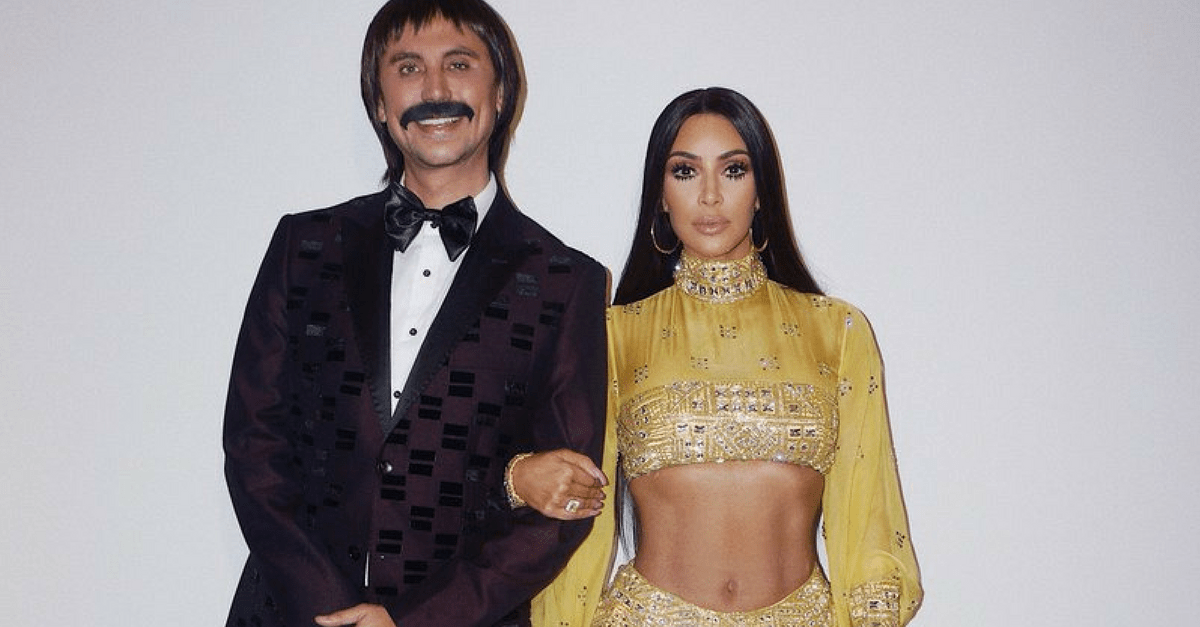 After channeling her on the September cover of Harper’s Bazaar, Kim Kardashian West dressed up as her icon Cher again for Halloween, and fans can’t get enough of her costume, which replicated the singer’s look at the 1973 Academy Awards.

“Cher definitely has a better body,” Kardashian West said on Periscope. “Her stomach… I don’t think anyone could compare.”

The reality TV star donned a long black wig and a custom-made replica of Cher’s infamous outfit. Her best friend Johnathan Cheban stood in as Sunny. She shared several videos and pictures of her ensemble on social media, even teasing fans with hints about her costume before the big reveal.

RELATED: Kris Jenner got a big, fat paycheck as her daughters signed an even bigger TV deal

“Because I love her and we’re going to a ’70s party. You know I love her,” said about her costume.

Not only did Cher herself approve of Kardashian West’s costume, writing on Twitter, “Woke To See You Are Me 4 [Halloween] You Look BEAUTIFUL Little Armenian Sister,” but fans made it known they loved the look as well:

Sonny and Cher. This is going g to be iconic please 😩 pic.twitter.com/Jbk97wNnXE

But Mom you have already been Cher for too long😩

RELATED: A year after her Paris robbery, Kim Kardashian West falls victim to burglary once again