Kim Zolciak-Biermann is “feeling so blessed” now that her son Kash has healed after undergoing emergency surgery for his scary dog bite to the face.

The “Real Housewives of Atlanta” star took to Instagram Friday to post a photo of Kash — you can barely even tell he was injured — and the doctor who took care of him.

“Just left Dr Williams office (said I wasn’t going to post but I just have too) I’m feeling so blessed,” she wrote in the caption. “He is Kash’s plastic surgeon! He performed the surgery the night Kash was bit! He said, “He is pleased with his progress and he doesn’t feel he will need additional surgeries” THANK YOU GOD and Thank you Dr Williams for your magical hands.”

RELATED: Kim Zolciak-Biermann’s son Kash cuddles up to a puppy just two months after he was hospitalized after a dog attack

“Kash’s face was broken and had to be pieced literally back together and due to all the swelling/trauma you don’t know for several weeks if more surgery is needed in order to align the face,” she continued. “Well we just got the news we were hoping for! This is nothing short of a divine intervention. Thank you for all your prayers you have no idea how much they truly helped! Upwards and Onwards.”

Kash was rushed to the hospital back in April following the attack, and Zolciak-Biermann has been keeping fans updated on his progress ever since. We’re so glad to see he’s doing well! 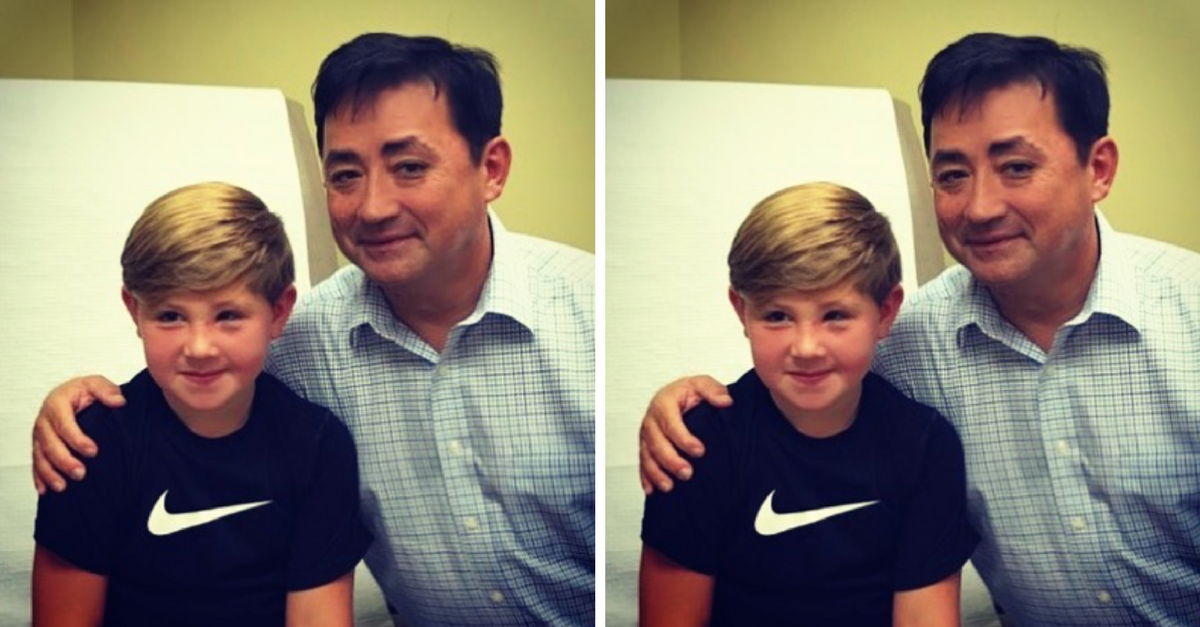