Former President George W. Bush has been spilling all the tea lately — from sharing his thoughts on President Trump’s first month in office to dishing on how he and former First Lady Michelle Obama got so close — and now, it’s his wife’s turn to open up about a little secret of Bush’s.

During an at-home interview with PEOPLE, former First Lady Laura Bush revealed that her husband and former Commerce Secretary Don Evans often join her for yoga class during their winters in Florida, and they got themselves into a bit of trouble once.

“George and Donny will go work out so they’re really sweaty—warmed up so they can stretch—and then come to yoga in the back row,” she said. “Donny, George and Charlie, our other friend—one time they had to be asked to leave because they were behaving badly.”

Turns out, the pair was so busy cracking jokes and chuckling to themselves, the instructor had to kick them out of class! 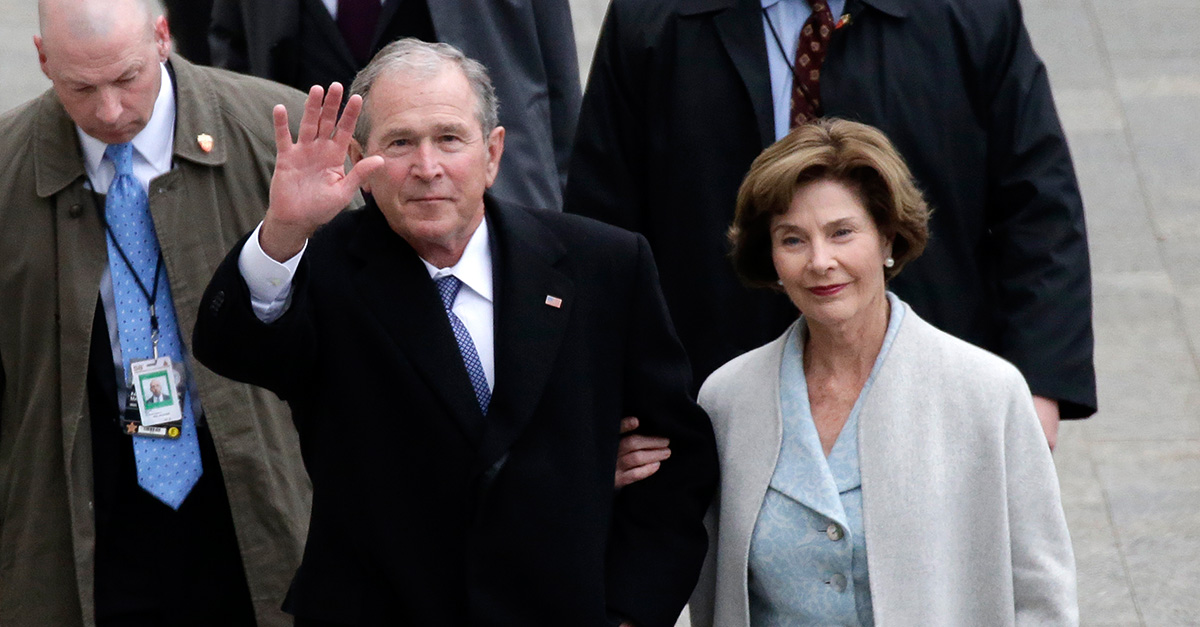