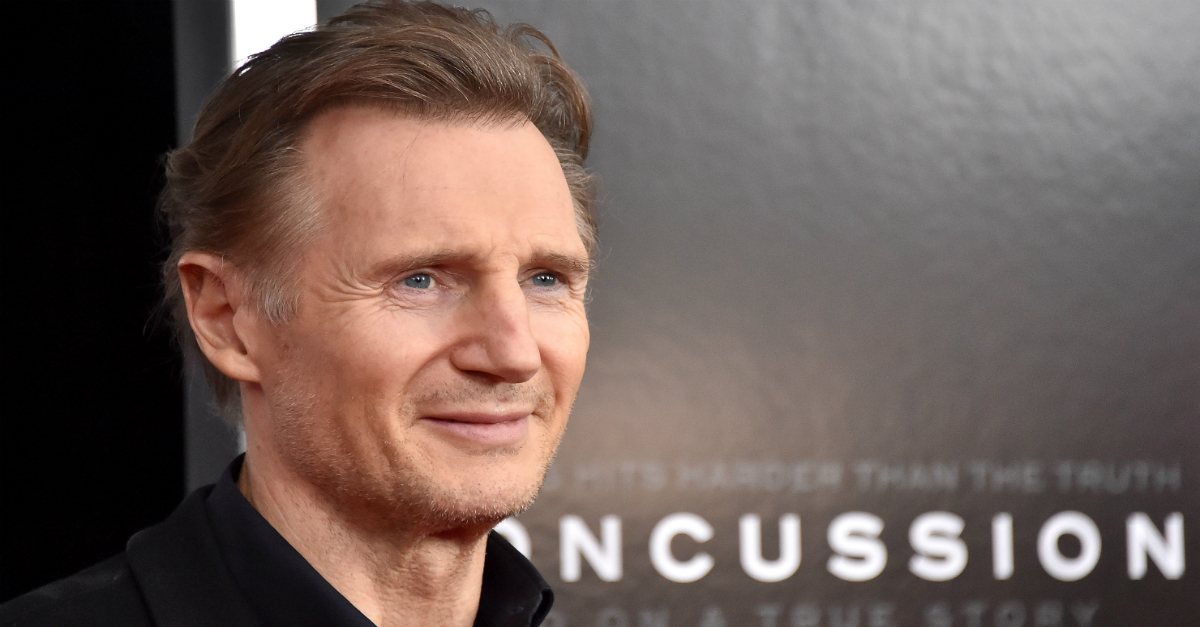 On Tuesday, Northern Irish actor Liam Neeson told a crowd at the Toronto International Film Festival that he is officially retiring from action movies, Sky News reports. Which means that Neeson’s upcoming action-thriller “The Commuter” — which will be released in early 2018 — could be the last time we see the 65-year-old Hollywood hero kick ass on the big screen.

“They’re still throwing serious money at me to do that stuff,” he said. “I’m like: ‘Guys, I’m sixty-fucking-five.’ Audiences are eventually going to go: ‘Come on.'”

Due to his roles in films like “Michael Collins” and “Schindlers List” Neeson was considered a dramatic actor for the majority of his career. It wasn’t until the 2008 surprise box-office hit “Taken,” — in which he played a retired C.I.A. agent forced to rescue his daughter from sex traffickers — that he became known as an action hero.

“Maybe two more years. If God spares me and I’m healthy,” Neeson said in a 2015 article in The Guardian. “But after that, I’ll stop [the action] I think.”