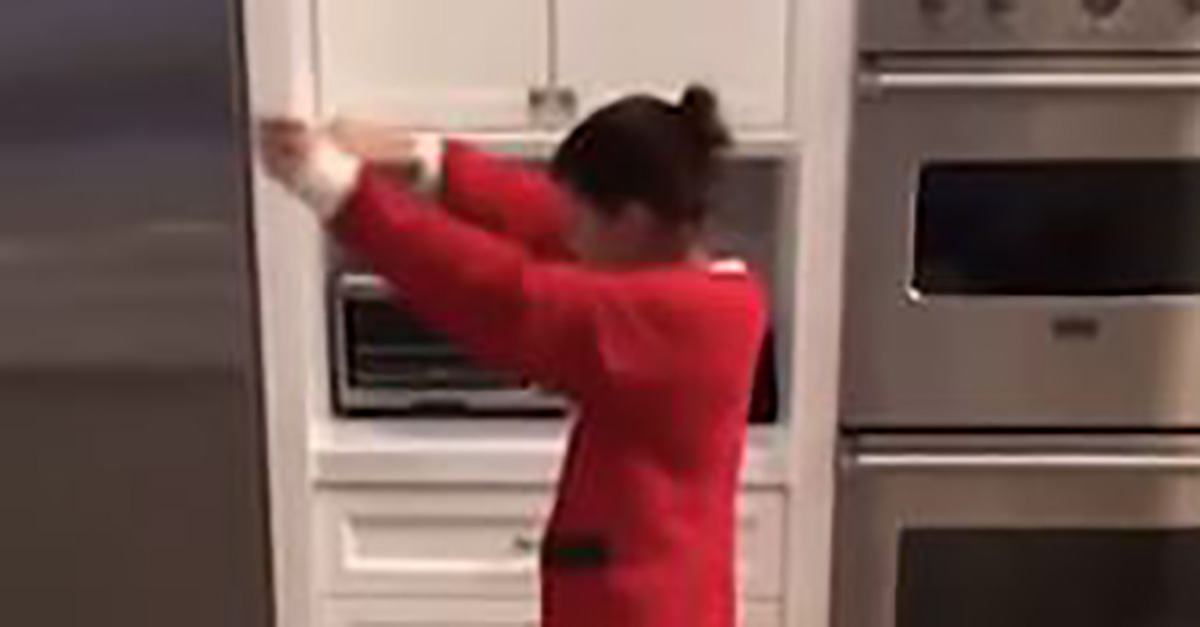 RELATED: Coco Austin has more than her cupcakes out in this wild holiday Instagram photo

Disick, 34, posted a video on Instagram of his scantily clad new girlfriend getting into the season with a fun holiday dance routine. The 19-year-old Richie got into the groove of her father’s 1983 hit song “All Night Long (All Night)” as she made her away around the kitchen in a Santa sweater. Disick captioned the video with a simple “Night.” Wherever her pants ended up, Disick clearly didn’t mind seeing her in skimpy white briefs and sock combo.

This holiday marks the first in years Disick wasn’t exclusively linked to his children’s mother and ex-girlfriend, Kourtney Kardashian. The couple are still in the early months of their relationship, although they were originally linked back in May. Over the summer, Disick was seen enjoying the company of several of young Hollywood’s starlets, including Bella Thorne, 19, Ella Ross, 21, and, of course, Richie. It’s clear the pair have settled in together nicely, having been spotted regularly canoodling on exotic trips and in clubs, according to PEOPLE.

Like most overprotective dads, Richie’s famous father was nervous about her getting involved with the much older Disick.  They confirmed their relationship in September, taking to Instagram to make it publicly official during a trip to Miami. Disick shared a video of himself kissing his new lady love at a celebratory dinner on his Instagram story.

Run away with it

“Have I been in shock?! I’m the dad, come on,” Lionel Richie told US Weekly at the New York City auditions of “Idol” in October.

When asked if he was happy for the couple, Richie said, “I’m scared to death, are you kidding me?!”

According to Sofia, however, he’s had a change of heart.

“He’s good. He’s been very nice,” Sofia said while speaking to “E! News” on the red carpet alongside her father more recently. “He’s been very cool. He’s very supportive, whatever that means.”