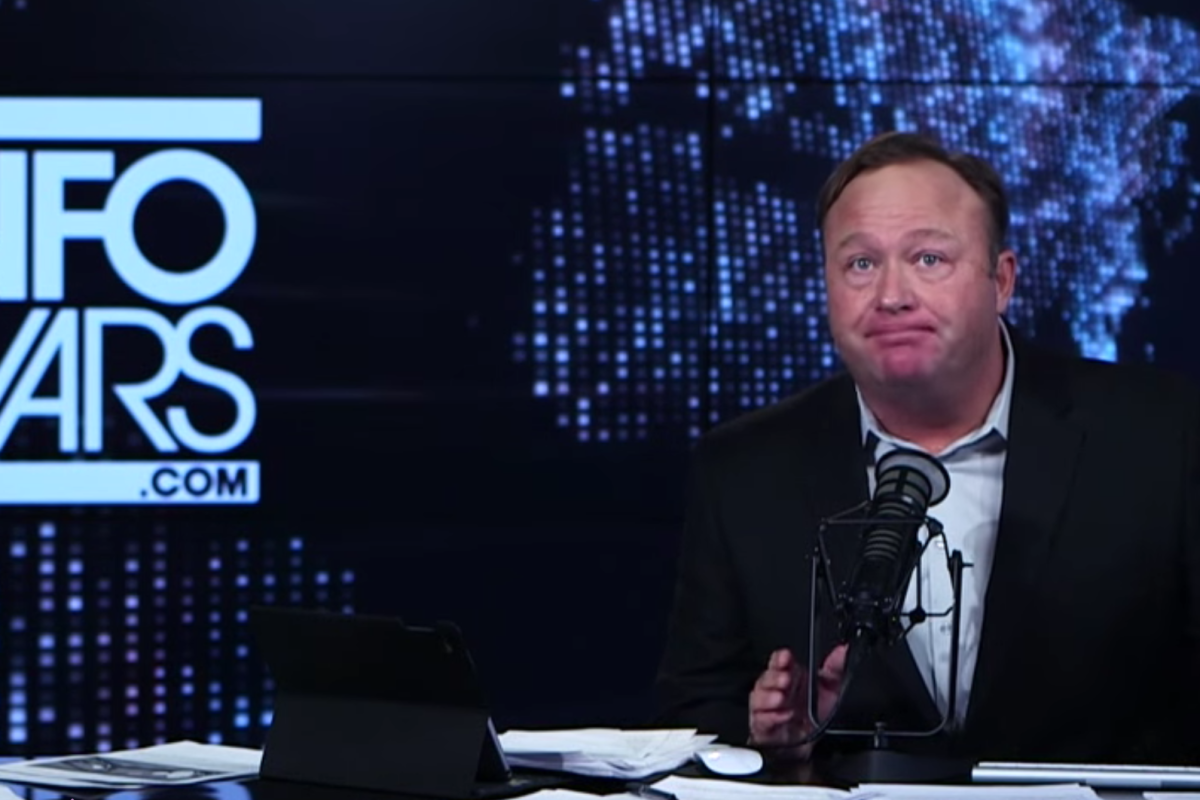 Called “The Voice of DuPage County,” 102.3 FM WCKG radio station will soon be moving to Trump Tower. And they’re taking their Alex Jones broadcast with them.

For the uninitiated, the Tribune describes Jones best as a “prominent conspiracy theorist and Sandy Hook denier.” Mostly because I’m not sure the Tribune is allowed to print the words “batshit insane” in their paper.

RELATED: Megyn Kelly begins her interview with conspiracy theorist Alex Jones with a defense of the segment

He’s also been called “the most paranoid man in America” by Rolling Stone and the “king of conspiracy” by CNN. The Austin, TX-based radio host has an audience of about 2 million weekly listeners and his show is syndicated on dozens of radio stations across the country.

WCKG is owned by Matt Dubiel who said that his station has “worked out an arrangement with the Trump Tower” and praised Trump’s Organization for “have their act together.”

While the station could have been broadcasted from the top of the Hancock or Willis Tower, “Trump Tower is actually just the best location for this frequency,” Dubiel said.

Jones “warned Dubiel that a “mafia of slugs, of globalist scum” would “sabotage” his broadcast and go after his advertisers.”

Dubiel expects that everything will be up and running by the end of January. Their AM station will remain broadcasting from where they are currently located.

The website that Dubiel tells listeners to go to if they want to donate has little information about the station. You can give them your name and email which Dubiel says he’ll respond to personally. Keep in mind that if you try to click the “Privacy Policy” tab in the bottom left corner of the website, there is nothing there. And their Terms & Conditions page goes to Q101’s Terms of Use where Dubiel is also a managing partner.

Jones kept reiterating on the show that he was not paying WCKG to program his show outside of making a donation to help them get the required equipment to broadcast. Jones was impressed with the wide-reach his show will have over Chicagoland. But apparently his biggest fan doesn’t even live here.

Last month, Jones boasted that he has ““personally witnessed” Trump repeat “word-for-word” information that Jones has shared with him in private conversations “at least five or six times,”” according to Salon.

RELATED: An Australian radio host got yanked off the air when she made this insensitive joke only hours after a terrible tragedy

When he’s not busy believing that attacks like 9/11 and the Oklahoma City bombing were caused by (or at least could have been prevented) by the US government, Jones has had some interesting twists and turns in his personal life.

During a child custody hearing, his wife’s attorney said in the deposition that “Alex Jones said he couldn’t recall basic facts about kids — like their teachers’ names and classes — because, “I had a big bowl of chili for lunch.” Jones’s lawyer shot back with the convenient “He’s playing a character…He is a performance artist.”

This would all be entertaining if it wasn’t so terrifying.