After the New England Patriots defeated the Seattle Seahawks at Sunday’s Super Bowl 49, actor Mark Wahlberg took some time to celebrate with fans in the parking lot of the University of Phoenix Stadium.

Wahlberg, a proud son of Massachusetts, stood by as fans cheered for him to come say hello. When one mother yelled out that her son was obsessed with the Hollywood actor, and even had his photo as a screensaver on his cell phone, Wahlberg waved the boy by security over to his crew.

After posing for a photo, the young fan began walking away but Wahlberg called him back and gave him the hat he was wearing off his head.

That earned huge applause from the crowd, who cheered on Wahlberg for being so kind to one huge fan. 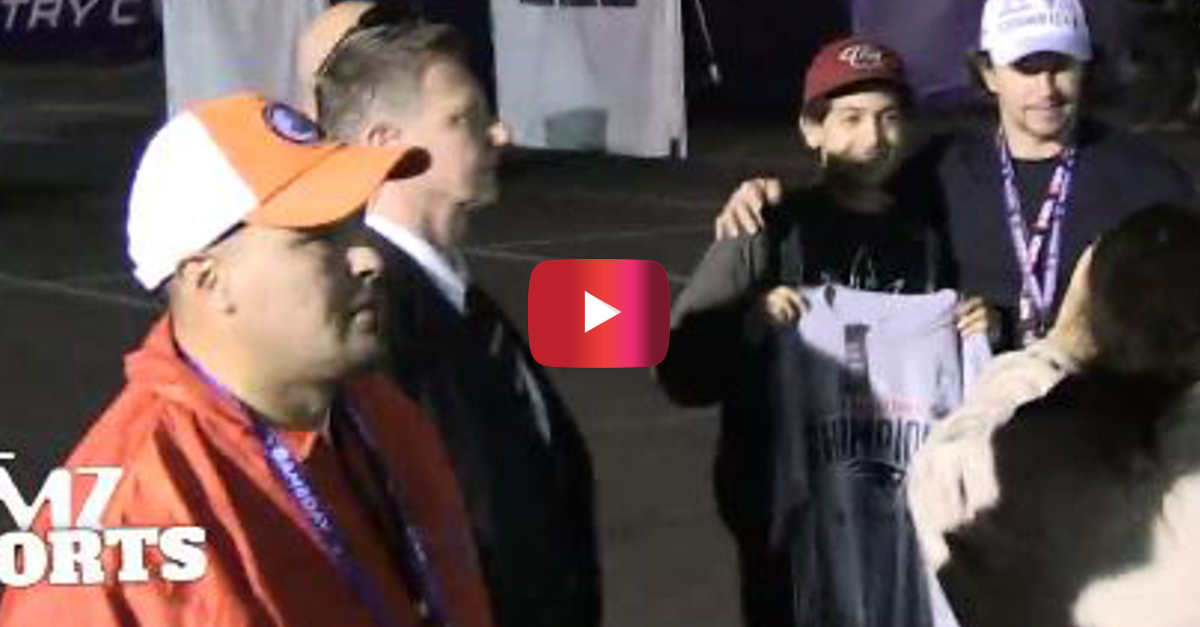