These 5 states have a great plan to combat police brutality 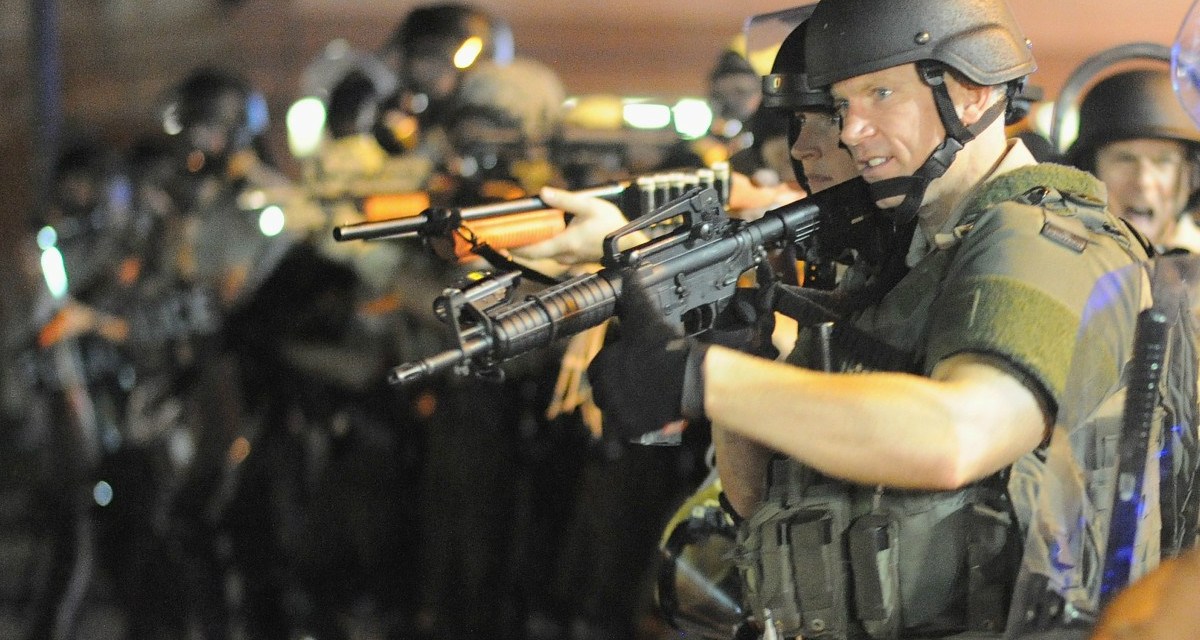 The latter half of 2014 was defined by a new and widespread recognition of the problem of police brutality in America. The issue was catapulted to national attention in the wake of the deaths of Michael Brown, Eric Garner and Tamir Rice, as well as the excessively aggressive police response to protesters in Ferguson, Missouri.

Police militarization—most concretely evidenced in law enforcement’s use of military weapons and vehicles acquired as hand-me-downs from the Pentagon—is a major contributing factor to the systemic problem of police brutality. Still, despite recent events, essentially no progress has been made in Washington toward eliminating the now-controversial 1033 program, which make these deadly gifts possible.

Sen. Rand Paul and a handful of other Senators harshly criticized the 1033 transfers this past fall, and a bipartisan pair of representatives proposed a bill in the House which would have taken some steps toward reforming the program.

But that bill has been stalled in committee since the day it was introduced back in September, and if past votes on similar proposals were any indication, it probably wouldn’t pass even if it did make it to the House floor.

If Paul keeps his promise to introduce anti-militarization legislation in the Senate this year, it too may meet a similar fate—and should a police demilitarization bill somehow make it through both houses of Congress, a veto from President Obama seems all but guaranteed.

And so, six months after Ferguson, the push to demilitarize law enforcement is at a standstill at the federal level despite enduring outrage over out-of-control police departments.

But fortunately, we don’t have to wait for Washington to get its act together to demilitarize our police forces.

Five states in particular are leading the way in practical, achievable, local reforms:

In New Hampshire, the state legislature is considering a bill that would ban police departments from obtaining military equipment that is “not readily available in an open national commercial market.” If it passes, HB407—also known as the PEACE Act (Police Equipment And Community Engagement)—will effectively nullify the 1033 program within NH borders, requiring law enforcement to deal with crime using tools and vehicles more befitting of police work.

In Tennessee, state Sen. Brian Kelsey has introduced a bill, SB0039, which not only prohibits police use of military equipment but also requires departments to get rid of any military vehicles or weapons they already own by the beginning of next year. “Traditionally, America has had a clear separation between the military and the police to ensure we remain in a free democracy,” Kelsey says. “I think we can support both our police officers and our citizens by ensuring that our police officers are not viewed as the enemy.”

In California, a state assembly bill under consideration won’t eliminate police use of military equipment, but it will give citizens a more transparent process for achieving that goal at a city level. AB36 stipulates that police departments can’t receive military equipment from the Pentagon unless it’s approved by the town council at a public meeting first.

In New Jersey, a pair of anti-militarization bills have been passed by the state legislature and sent to Gov. Chris Christie’s desk. If the governor signs them, these provisions would require police departments to get the approval of local government to accept any weapons through the 1033 program. All acquisitions would also be subject to the review of the state’s Attorney General.

And in Vermont, House Bill 8 would similarly require the VT Attorney General to develop guidelines for police use of military castoffs. It would also force police departments seek the AG’s approval before accepting any new weapons or vehicles from the Pentagon.

What’s happening in these five states suggests that in going after the 1033 program itself, maybe we’ve been thinking too big. Top-down change is likely to be a long, slow process, but at the local and state level, we can—and will—make real progress right away.

If you live in one of these five states, your support is vital for turning these bills into law. Click here to contact your state legislators and tell them to vote to keep weapons of war out of police work. If you live in New Jersey, now is an especially crucial time to contact the governor’s office to encourage him to sign the two reform bills into law.

If you don’t live in one of these states, this is still a key time to contact your state reps to ask them to introduce and champion similar legislation. Be sure to let them know that other states are already taking action to end police militarization, and that it’s an important issue for people in their district, too.