Megyn Kelly is causing a lot of tension at NBC, but how’s her relationship with Savannah and Hoda? 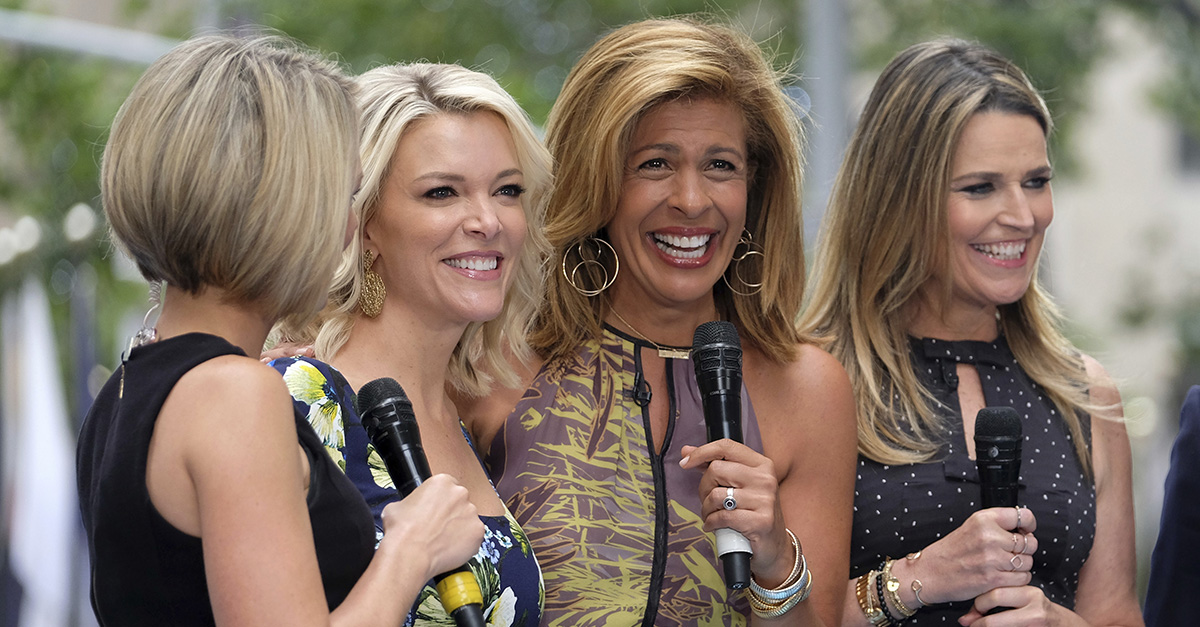 There’s no secret that Megyn Kelly has been making waves since joining NBC full time seven months ago but it doesn’t sound like the tension has spilled over to “TODAY” lead anchors, Savannah Guthrie and Hoda Kotb.

Kelly’s on-air antics have fueled many rumors of tension with Guthrie and Kotb but things seem to be quite the opposite.

“The ladies are all friends and supportive of each other,” a source told US Weekly adding, “there is no tension at all” between the women.

This week, Kelly called out “Hanoi Jane” Fonda on her show after the actress continuously made remarks about an awkward September interview where she shot down Kelly’s question about previous plastic surgery.

RELATED: The ladies of ?The View? pulled no punches when they addressed the feud between Megyn Kelly and Jane Fonda

“Apparently, when she came here, however, again, to promote her film about aging, I was supposed to discern that this subject was suddenly off limits,? Kelly said on Monday’s show. ?Look, I gave her the chance to empower other women, young and old, on a subject which she purports to know well, and she rejected it. That?s OK. But I have no regrets about that question, nor am I in the market for a lesson from Jane Fonda on what is or is not appropriate.?

She also slammed the actress for her previous lack of patriotism.

On Tuesday, “Megyn Kelly Today” aired a pre-taped broadcast about sex trafficking instead of an anticipated segment about the upcoming Oscars.

A source told The Daily Mail, ?It?s a sensitive topic best handled on tape,? of the sex trafficking focused episode. The decision to run the segment came up last week before Kelly unloaded on Fonda.

The incident with Fonda isn’t the only tension Kelly has caused since joining the network. One of her first guests, “Will & Grace” star Debra Messing said she “regretted” appearing on the broadcast.

Despite all of the drama, Guthrie and Kotb, among others, are standing by Kelly.

“They are all rooting for her,” another insider told US.