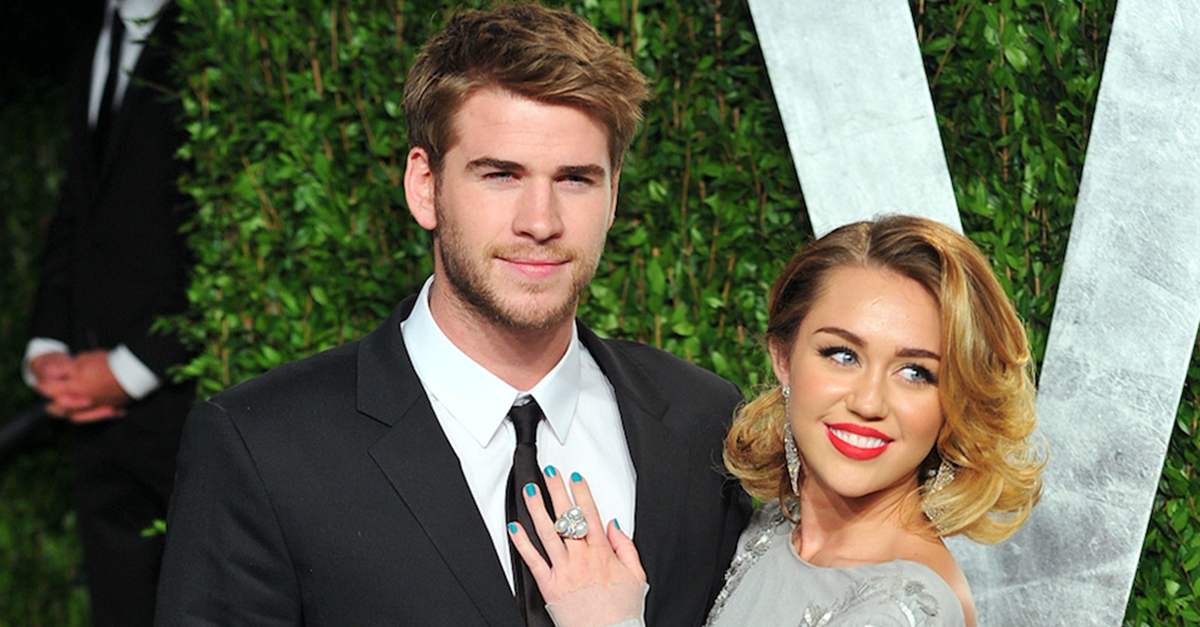 Miley Cyrus and Liam Hemsworth are hardly shy about their long, rekindled romance, but one thing the pair has kept mum about is when they plan on tying the knot.

According to an insider with the couple,we’ll have to keep on waiting because the couple don’t plan on making it down the aisle to prove their love.

?They consider themselves married,? a source told US Magazine. Cyrus and Hemsworth have been engaged since early 2016 after reuniting after a two year breakup. “[They] still have zero plans of having an actual wedding.”

The couple were previously engaged after meeting and dating on the set of 2010’s “The Last Song.” Hemsworth popped the question with a 3.5-carat diamond ring two years later but they didn’t make it down the aisle then, calling it quits in late 2013. By late 2015, Cyrus was again spotted wearing what looked like an engagement ring on the all-too-important finger. As recently as November, the duo were spotted rocking wedding bands on their ring fingers.

According to the source, noting “a few of their friends have recently had children,? but the “Voice” coach, 25, and her 27-year-old beau are in no rush to expand their animal-filled brood to include babies.

?Miley loves playing with babies but isn?t ready to start a family of her own quite yet,” the source continued.

RELATED: According to Liam Hemsworth, this is why he and Miley really broke up in the first place

Rumors of a secret wedding sparked when Cyrus was pictured wearing a white dress in a photo her father Billy Ray Cyrus shared on social media. He captioned the image, “I’m so happy…you are happy” and retweeted fans who asked if his daughter had tied the knot.

Miley’s reps denied the claims, while her mother, Tish, and older sister, Brandi, joked that Cyrus would never get married in such a simple look.

?I was like, in that top? What are you, crazy?? Brandi joked to Entertainment Tonight at the time. ?She would have had some fabulous wedding dress, not just, like, the frilly top she was wearing in the photo.?

?If Miley was getting married, it would not be in that dress!” Tish added