Things quickly got out of hand during Shia LaBeouf’s most recent arrest.

TMZ obtained body cam footage from LaBeouf’s arrest in Savannah, GA and by the looks of it, he did not go quietly.

“I have rights! I’m an American. You got me in my hotel, arresting me in my hotel for doing what, Sir?” LaBeouf screams in the footage.

Once the officers were able to get him in the car, the rant continued.

RELATED: A “Fixer Upper” homeowner slammed Chip and Joanna Gaines after buying one of their houses in a neighborhood that is “not safe”

“I’m a fucking American, I pay my taxes, get these shits off my fucking arm,” he said.

When the cops refused to release him, LaBeouf decided to threaten legal action.

“I got more millionaire lawyers than you know what to do with, you stupid bitch!” he yelled. 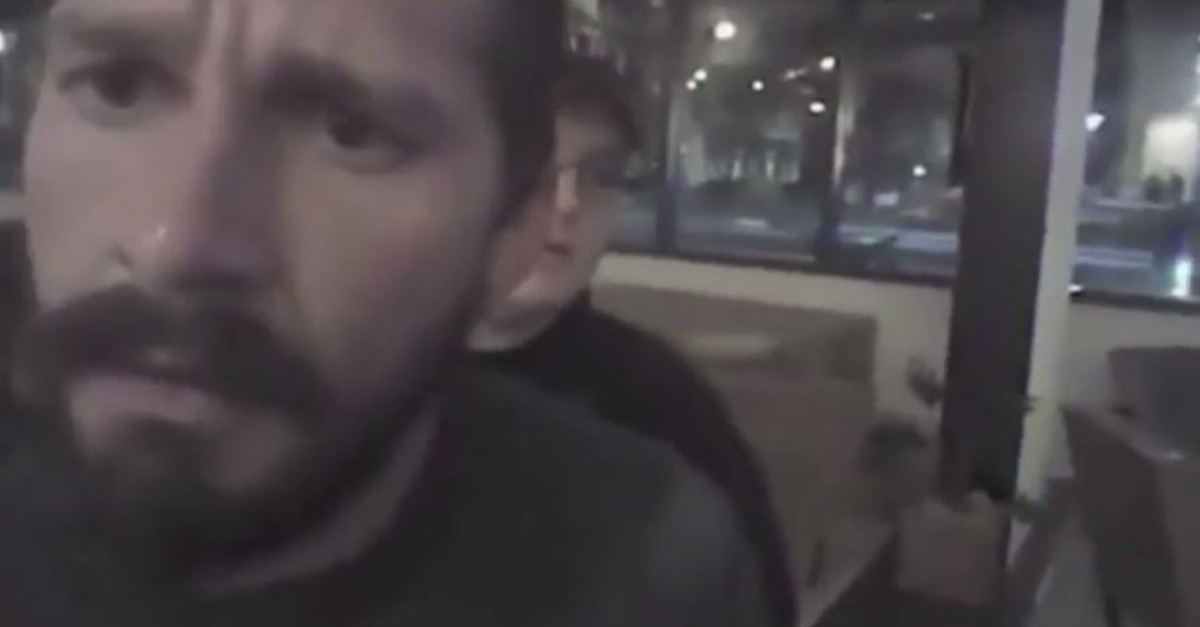