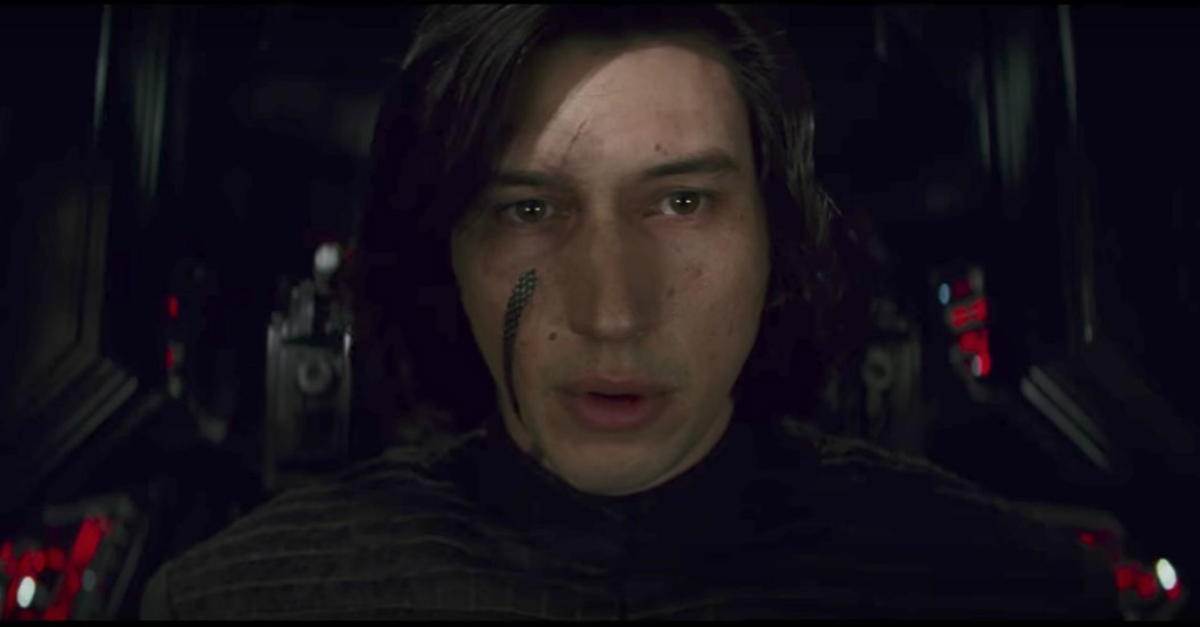 A new action-packed trailer for the upcoming “Star Wars” movie “The Last Jedi” was released on Monday evening, and despite the appearance of several recognizable faces, there’s only one thing people can talk about: Kylo Ren’s weird face accessory.

What is going on with Kylo's wandering scar. Does he have special Darth Vader-themed Band Aids #TheLastJedi pic.twitter.com/omL4HCjqFv

RELATED: Redditor has a depressing theory about Dumbledore?s sister

The antagonist and First Order villain, played by “Girls” star Adam Driver, is proudly sporting a covered scar he received from the climatic battle of the previous film “The Force Awakens” and, if Twitter is any indication, which is usually always is, fans can’t handle it.

They made Kylo Ren's scar small and attractive. Disney knows. And I feel both personally attacked and pandered to. #TheLastJedi

Even Kylo's scar is SO. MOODY. omg. He's just ~SO EMO~ and needs you to know with his emo Left Eye bandaid. 😂 https://t.co/EYfNzGtoNv

I see Kylo Ren got into David Bowie over the summer pic.twitter.com/cCbCFHIaHn

Love it or hate it, it’s probably here to stay. If only George Lucas were around to digitally remove it.