Former “The Voice” coach Pharrell Williams took a knee on Sunday night during a charity concert in Charlottesville, Va., to show his support for NFL players who knelt during the national anthem to bring attention to racial injustice.

Dave Matthews’ Concert for Charlottesville: An Evening of Music and Unity was held on Sunday night in the wake of the clashes last month after a rally by white nationalists.

"That's what that flag is for." Pharrell Williams takes the knee during Charlottesville concert https://t.co/GjojGDB0It

The concert was held on the campus at the University of Virginia and was free to members of the Charlottesville and University communities. Justin Timberlake, Chris Stapleton and Ariana Grande were among the performers.

Williams joined Stevie Wonder in showing his solidarity with the protest after Wonder started his show in New York City by taking a knee.

“Tonight, I’m taking a knee for America,” Wonder said, according to PEOPLE. “Not just one knee, but I’m taking both knees. Both knees in prayer for our planet, our future, leaders of our world and our globe. Amen.”

WATCH: Stevie Wonder takes a knee on the stage "for America" at #GCFest https://t.co/lXIMO8fvcT https://t.co/qE97FFQmMH

Many celebrities, including “Will and Grace” star Megan Mullally, Diddy and the members of the band Pearl Jam joined the protest on social media, writing, “#TakeAKnee.” 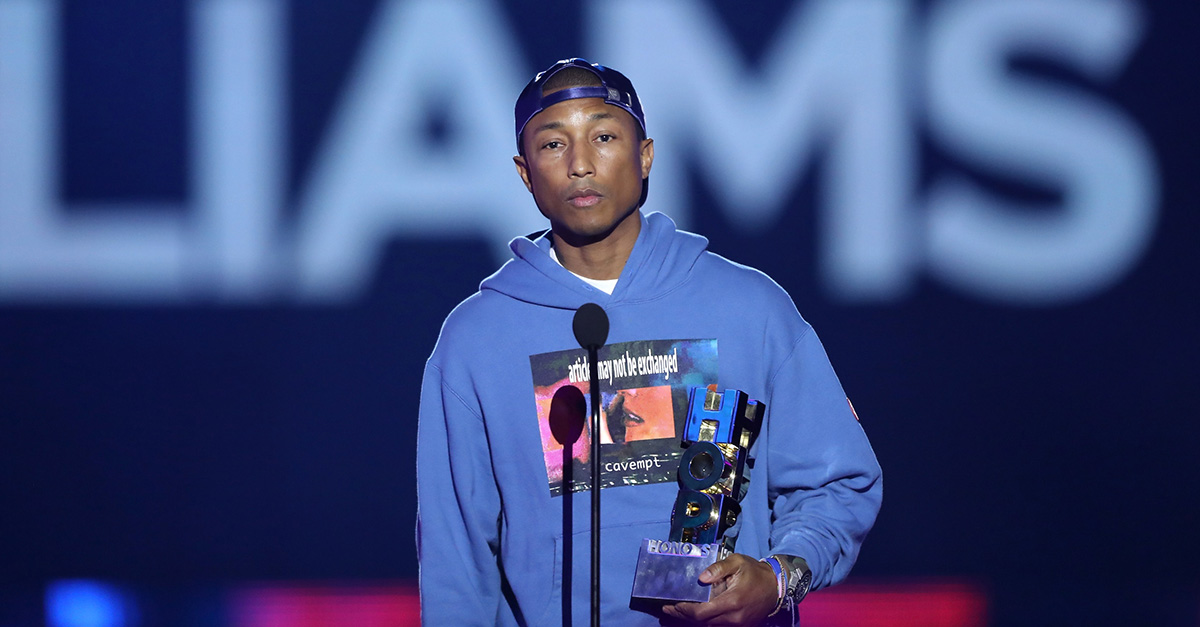