It’s safe to say you couldn’t go anywhere this weekend to escape politics. President Trump went off on Twitter throughout the weekend and you can read up on that here if you somehow missed it. Honestly this would have been the perfect weekend to take a wilderness getaway.

Pretty much everyone was talking about it and this is how the Bears confronted the news just before game time.

Da Bears were playing the Pittsburgh Steelers who elected to remain in the locker room during the anthem.

Steelers head coach Mike Tomlin reveals to @JamieErdahl that the team will not be participating in today's national anthem. pic.twitter.com/5zihPWQsMv

Pretty much every other team issued a statement, and if President Trump wanted to bring people together this weekend (which was the opposite of what he wanted) he succeeded. So thanks Trump for making the NFL more unified than ever.

When will the tweetstorm stop? Only time will tell, sound off in the Facebook comments your thoughts! 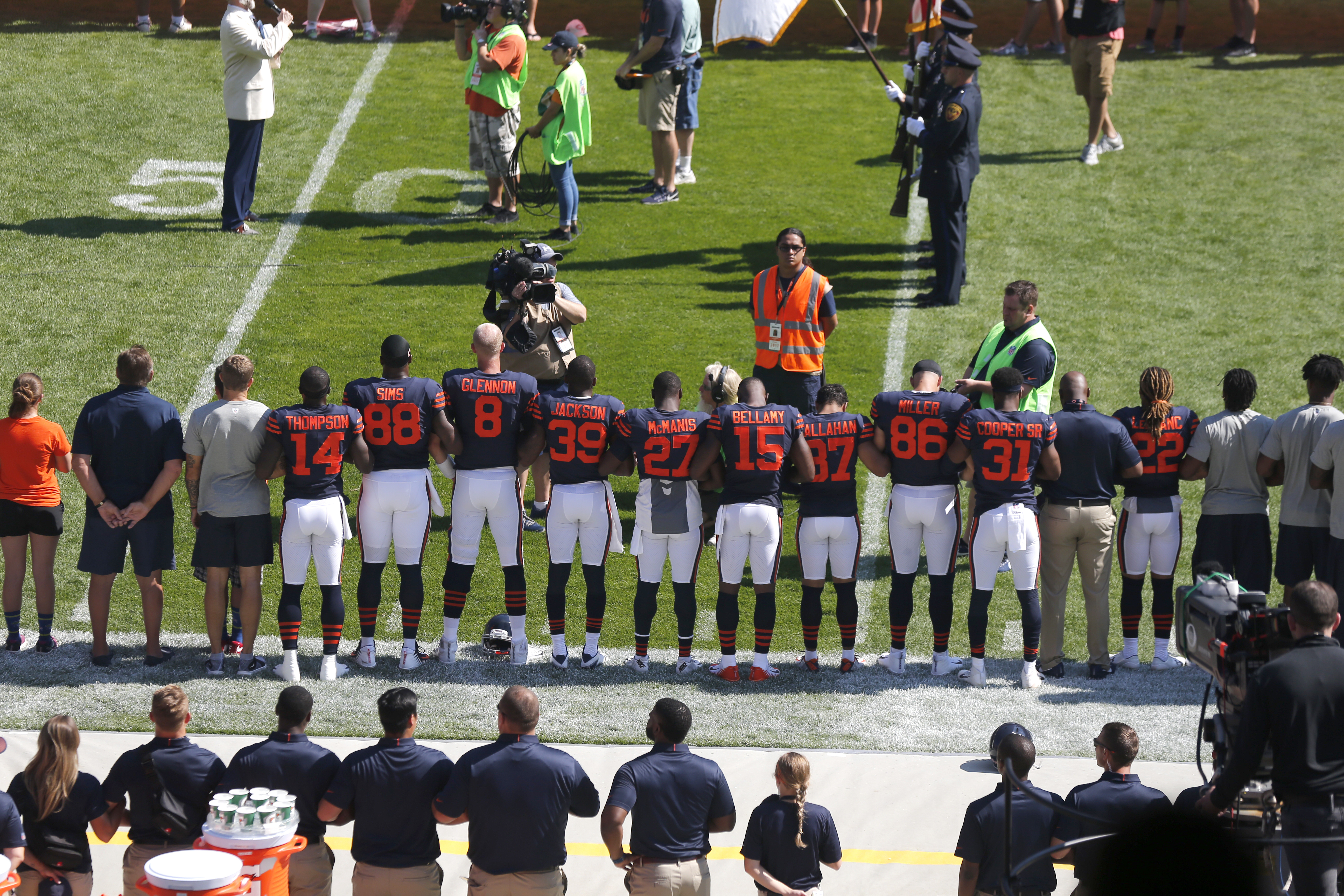