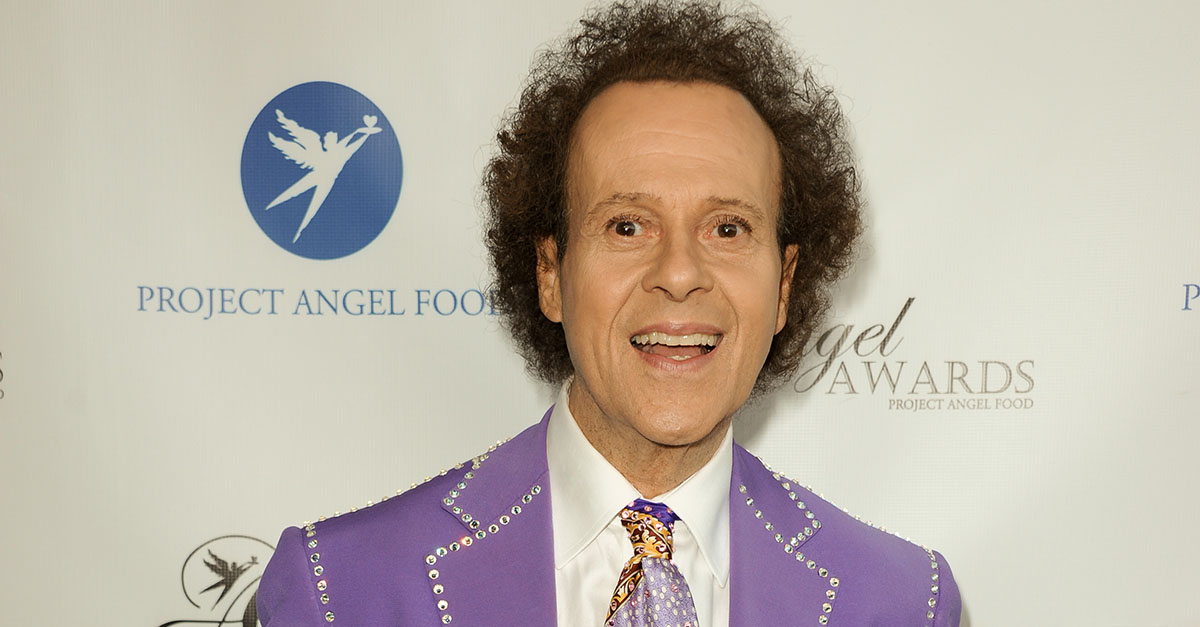 Richard Simmons is doing just fine, according to his older brother.

Lenny Simmons recently opened up to Entertainment Tonight about his brother’s well-being. The brothers reportedly don’t see each other often, but Lenny said that they speak weekly.

“I talked to him on Sunday, he was doing great. He was asking about our renovations to our home. And we had just gone to see the Broadway musical ‘Beautiful,'” Lenny said to ET. “We talk every Sunday. He calls me and we have a great conversation and then he talks to my wife. He probably talks to my wife longer than he talks to me.”

As for how the fitness fiend is doing, Lenny said he’s “content” with his step out of the spotlight.

“After all those years, I don’t know how he did it,” he said. “He was on 24/7, at least. …People were always calling him and he was always good enough to want to talk to them.”

Simmons recently made headlines after it was rumored that he was being held hostage by his housekeeper, Teresa Reveles. Simmons also hasn’t made a public appearance in nearly three years.

“Teresa is a very lovely lady. She has been a good friend of my brother for over 20 some odd years,” Lenny said. “It stresses me to hear that people think that she is holding him hostage or that she is mean. She isn’t. She is a very nice person.”

For fans who are worried about Simmons, Lenny offered words of hope.

“I would just hope people [can] be a little bit more respectful and realize that he’s worked hard and he still loves people — but he needs some time for himself,” he said.