Menu
Follow us
Search
Menu
Search
FILE - In this Sept. 10, 2015, file photo, President Barack Obama awards the 2014 National Medal of Arts to actress, theater founder, and director Miriam Colon of New York, during a ceremony in the East Room at the White House in Washington. Colon, an icon in U.S. Latino theater who starred in films alongside Marlon Brando and Al Pacino, has died at age 80. Her husband, Fred Valle, told The Associated Press that Colon died early Friday, March 3, 2017, because of complications from a pulmonary infection. (AP Photo/Manuel Balce Ceneta, file)

Her husband, Fred Valle, told The Associated Press that Colon died early Friday in a New York hospital because of complications from a pulmonary infection. She was 80 years old.

Colon — whose image appeared on posters throughout the American Southwest for her role in the 2013 movie adaptation of quintessential Chicano novel “Bless Me, Ultima” — had been active as late as 2015 with a cameo appearance on the AMC-TV series “Better Call Saul.”

RELATED: Heartbreaking news for Steven Spielberg as he mourns the loss of the woman who raised him

Born in Ponce, Puerto Rico, Colon participated in the theater during her school years and was allowed to audit classes in the drama department at the University of Puerto Rico before she graduated from high school

She came to Los Angeles in the 1950s to study at the Actors Studio and earned small roles in various television shows and films.

In 1967, she founded the Puerto Rican Traveling Theater in New York, where she helped cultivate young Latino actors and writers and staged work that would later be read in Latino Studies classes across the Americas.

During her career, she appeared in more than 90 films and more than 250 television episodes on programs including “Bronco,” ”Bonanza” and “Law & Order.” But Colon is widely known as the Cuban-American mother of Tony Montana, played by Al Pacino, in the 1983 movie “Scarface.” Her voice later appeared in underground hip hop songs as her character chided Pacino for his role in the drug trade.

Colon would go on to star as Tejana restaurateur Mercedes Cruz in the 1996 film “Lone Star.” In that film, she played a former immigrant living in the country illegally who lived near the Rio Grande and was quick to call federal immigration authorities on immigrants crossing the border.

Colon earned wide acclaim for her role as the New Mexico Hispanic healer Ultima in the movie “Bless Me, Ultima” based on the novel by Rudolfo Anaya. Her character mentored a young boy and taught him about traditional methods of healing and the New Mexico desert.

Posters advertising the popular movie with Colon’s image were seen throughout New Mexico. When the movie finally was screened in Albuquerque, audiences were heard crying in reaction to one of the film’s final scenes as the film’s young boy asked Colon, “Bless me, Ultima.”

“That was her most beautiful role in my opinion,” Valle said. “I saw the movie three times. She was la gran madre in the film.”

In 2015, President Barack Obama presented the National Medal of Art to Colon for her work as an actress and theater founder. It was an honor Colon cherished, Valle said.

“We were married more than 40 years,” Valle said. “I was so proud of everything she accomplished. 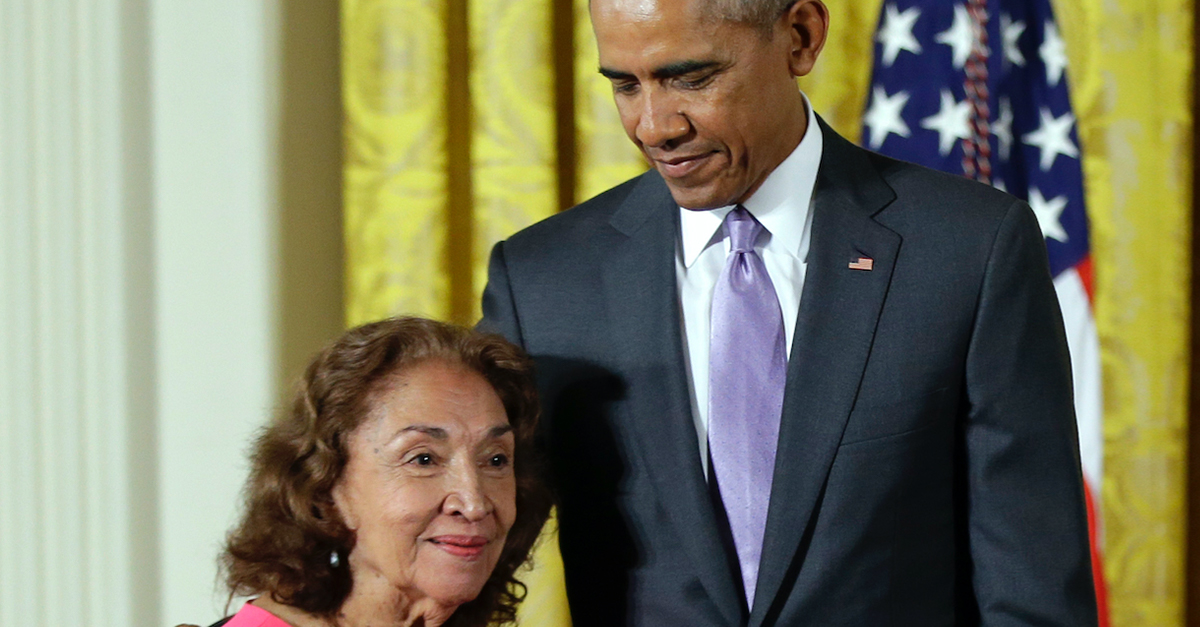