Attorneys for Robin Thicke’s ex-wife in a court filing made public Thursday accused the singer of tampering with a court order.

The documents by attorneys for Paula Patton filed this week accuse Thicke of altering a custody court order and attempting to get her arrested in front of their 6-year-old son during a bitter custody dispute.

The filing became public a day before a trial is scheduled to begin in Patton’s efforts to obtain a five-year restraining order against the “Blurred Lines” singer.

Patton has accused Thicke of being physically abusive to her during their marriage, and severely spanking their son.

In late January, she obtained a temporary restraining order requiring Thicke to stay away from her and have only supervised visits with their son.

Thicke has denied he has abused his son and his former attorney has said there was no basis for Patton’s domestic violence allegations and called them retaliatory. Phone and email messages left seeking comment from one of Thicke’s current attorneys, Angela Pierce DiDonato, were not immediately returned.

Patton contends the singer’s alleged alteration of a court custody order and attempts to get her arrested are part of an effort to harass, intimidate and cause her emotional distress and constitute domestic violence.

Patton’s attorneys said the restraining order trial could include as many as 26 witnesses and last 15 days or more.

Her filing also accuses Thicke of trying to manipulate a child services investigation by taking a case worker out to an expensive sushi dinner while the case was active. A message seeking comment from the Department of Children and Family Services was not immediately returned.

Patton was granted sole custody of the boy on Jan. 26 and a judge ordered Thicke to stay away from his ex-wife and her home.

To obtain the temporary restraining order, Patton included a sworn declaration alleging Thicke was abusive during their marriage and pushed her to the ground and kicked her during a fight in April 2013. S

he also cited a Jan. 19 incident in which she stated Thicke showed up at her mother’s house while their son was being interviewed by child services workers and then refused to leave. After the child services workers left, Thicke banged on the door and demanded to see his son, leaving only after Patton’s mother called police, Patton wrote.

Thicke’s lawyers have said in court filings that the singer was cleared of any wrongdoing.

Thicke’s former attorney, Larry Ginsberg, accused Patton of manipulating her son to gain full custody. Ginsberg and his law firm were disqualified from working for Thicke on Tuesday because a new lawyer in his firm once worked for lawyers representing Patton and may have learned inside information about the case.

Thicke, whose biggest hit was the 2013 song “Blurred Lines,” and Patton dated for 10 years before marrying in June 2005. She filed for divorce in October 2014, and their judgment was finalized a few months later. 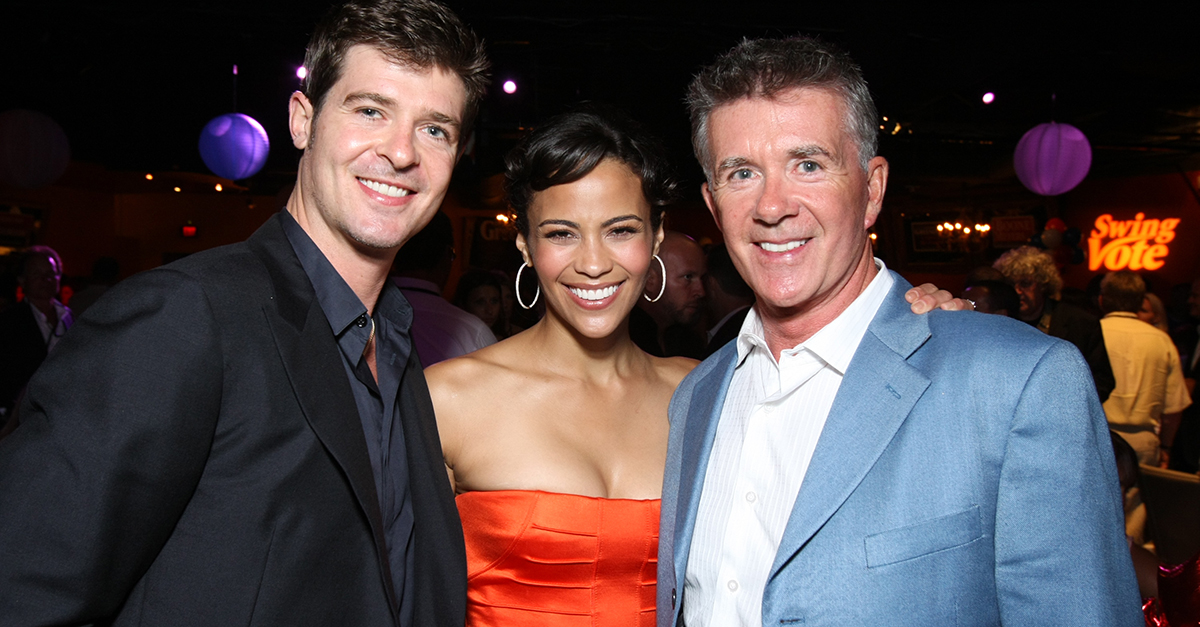