Serena Williams is “nervous” about motherhood, but pal Meghan Markle thinks she’ll be the “best” mom 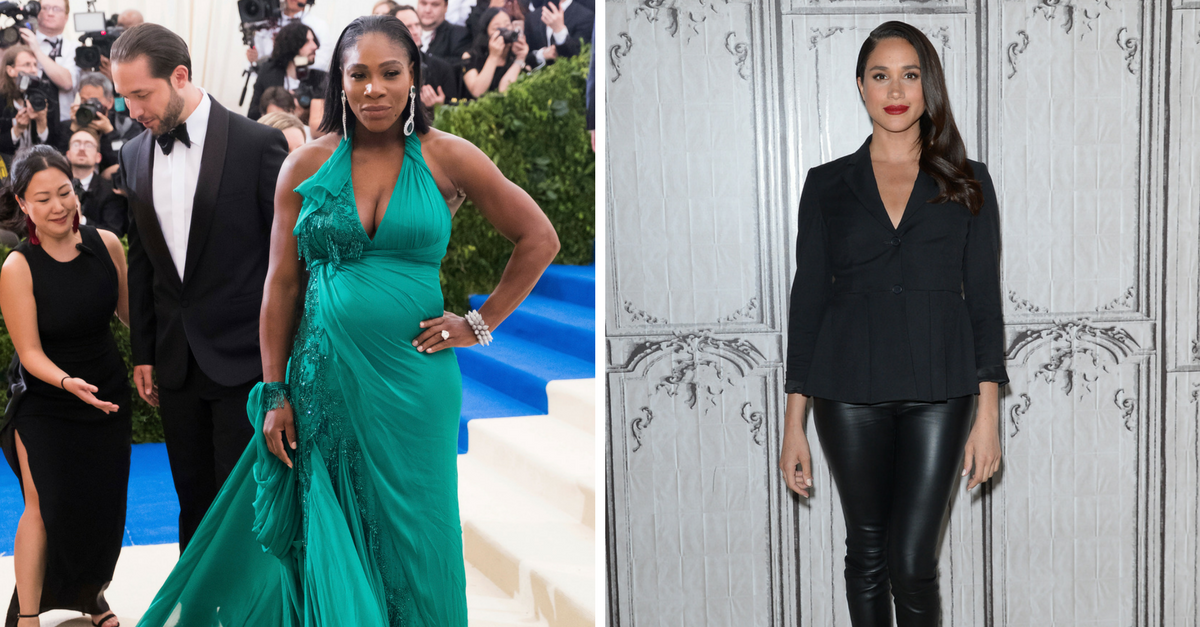 Getting pregnant used to be one of Serena Williams’ biggest fears, but she surprised herself when the time came.

“Once I found out, something happened that surprised me. I became really calm,” she told Vogue of finding out she was pregnant while training for the Australian Open. “I thought, ‘You have to win, but you’re allowed to lose, because you have something to look forward to.'”

Now, the tennis star has childbirth and motherhood to worry about next.

“I’m nervous about childbirth,” she explained. “I’m not a spring chicken. The one thing I really want is an epidural, which I know a lot of people are against, but I’ve had surgeries galore, and I don’t need to experience any more pain if I can avoid it. But the biggest thing is that I don’t really think I’m a baby person. Not yet. That’s something I have to work on. I’m so used to me-me-me, taking care of my health, my body, my career. I always ask, ‘Am I going to be good enough?'”

While Williams may be second guessing herself, she’s got a close-knit group of friends who are always there to support her. One of whom, actress and girlfriend to Prince Harry, Meghan Markle, thinks her friend will be the “best” mom.

“She will be an amazing mom,” Markle said. “The very best, because she is so attuned to balancing strength and sensitivity. Plus, given that she is pretty epic at karaoke, I think she’ll put her signature Serena spin on singing lullabies for the baby. I can’t wait for that!”

Williams announced that she was expecting her first child with fiance Alexis Ohanian in April after the couple got engaged in December. She’s due next month and has decided to keep the baby’s sex a secret. Although, she’s pretty sure it’s a girl because while completing during the Australian Open, “I was playing in 100-degree weather, and that baby never gave me any trouble. Ride or die. Women are tough that way.”

RELATED: Alexis Ohanian reveals what he thinks is the sex of the baby as Serena Williams’ due date approaches