Stop in the name of love! Take a look at some of the hottest cops to ever grace our TVs 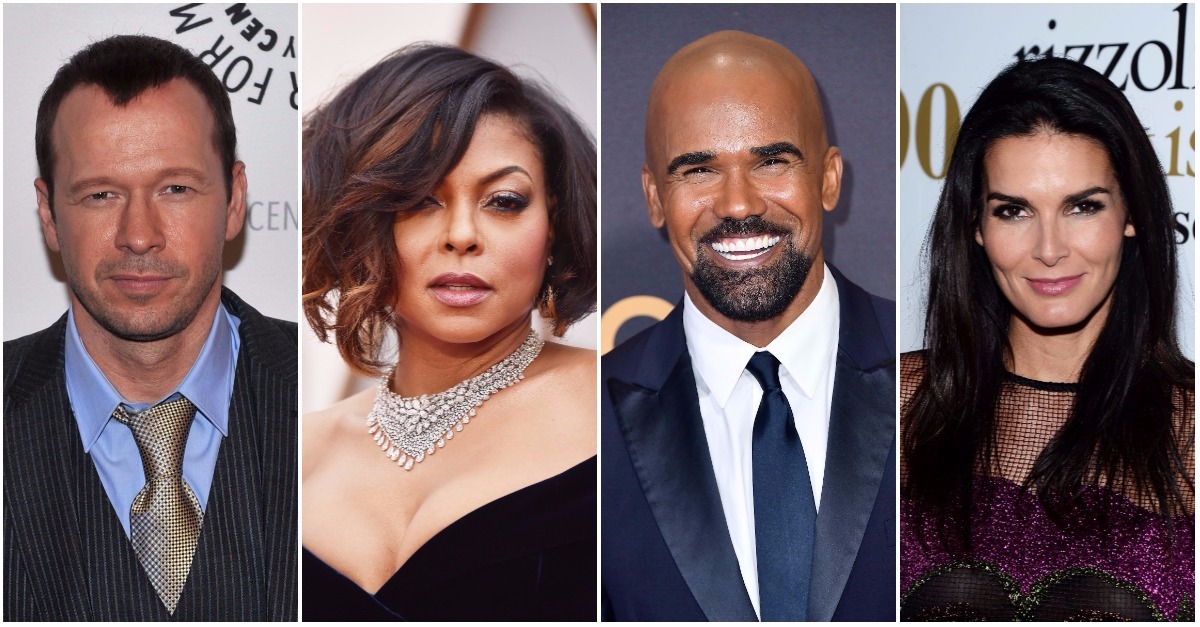 Many TV shows through the years have been known to bring majorly attractive heroes in uniform right into our living rooms.

To celebrate the hottest boys and girls in blue, we have complied a list of the TV cops that make our hearts skip a beat (in no particular order).

The Detective Chief Inspector was definitely too dedicated to his job and often found himself consumed by his cases but there’s something about the smoldering gaze makes us forgive him for everything. Plus, who doesn’t love a cop with an accent?

Elba went on to win several awards for his role including a Golden Globe for Best Actor and a SAG Award for Outstanding Performance by a Male Actor in a Miniseries or TV Movie.

Lt. Benson is the commanding officer of Manhattan Special Victims Unit. She previously worked as a detective on the SVU with partner Elliot Stabler (Christopher Meloni) for over 12 years before being promoting to Sergeant and then Lieutenant in 2015. She is considered a calm person on the force but has shot her weapon more than any other detective in the SVU. She certainly is a badass!

Hargitay has received high praises for her role as Benson. She has a Golden Globe and an Emmy from her portrayal on the series.

Moore gets two mentions on this list for making our hearts flutter in roles on “Criminal Minds” and his new series “S.W.A.T.”

Derek Morgan is the ultra-sexy former Supervisory Special Agent with the BAU (Behavioral Analysis Unit) who brought the heat with every door he literally kicked down while going after a bad guy. Moore’s fans are just getting used to his new role as Daniel “Hondo” Harrelson on “S.W.A.T.” but so far, we like what we see!

Moore calls his new character “Derek Morgan on steroids” and recently said that he gained nearly 12 pounds for his new role!

Detective Jane Rizzoli is just half of the crime fighting duo on “Rizzoli and Isles.” Rizzoli is a no-nonsense cop who works for the Boston Police Department with Chief Medical Examiner Dr. Maura Isles to solve some of the city’s most horrific crimes. Rizzoli is confident, brash, brilliant and can take down a criminal with a tackle that has the force of an NFL linebacker. She is one tough cop!

Harmon, who previously appeared in “Law & Order” and “Baywatch,”  won a People’s Choice Award in 2015 for Favorite Cable TV Actress for her portrayal of Rizzoli.

As much as we loved Olivia Benson’s partner Elliot Stabler, we couldn’t help but fall in love with Detective Nick Amaro. He and Benson sure didn’t get along at first, but she eventually warmed up to him and they work well together. He definitely has a temper, which fans saw in season 15 when he assaulted an alleged pedophile, but we all know that deep down, he’s just a lovable and doting father of two.

Pino announced his departure from the show in 2015 on Twitter. “Thank u @nbcsvu @WolfFilms cast, writers, directors, guest casts, crew, editors for 4 fantastic seasons. Grateful for all the #SVUDieHards,” he wrote at the time.

Now, fans can catch him on the upcoming TV series, “Gone” which will premiere sometime in 2018.

Joss Carter is one cool and confident cop. She is an NYPD homicide police detective who previously served as in the United States Army as a Warrant Officer, first at Bagram Air Base in Afghanistan and later was moved to Iraq. She is also a Purple Heart recipient. Carter is a top-notch interrogator and always gets the real stories out of the perp but fans sobbed when she died in the arms of John Reese in season 4.

Since playing Carter, Henson has moved on to other projects including “Hidden Figures” and “Empire.” She won a Critics Choice Television Award for Best Actress in a Drama Series (for “Empire”) in 2015, becoming the first black actor to do so.

Detective Danny Reagan comes from a big police family as his father and brothers, Jamie and Joe (who died before the series aired) are also cops. Danny has keen instincts and is a hard worker, almost to a fault and he is a firm believer that good old fashioned police work is the best way to catch a suspect. He definitely has his flaws but his heart of gold and love for his family makes up for it. Who doesn’t love a family man in uniform?

Before “Blue Bloods,” Walhberg was a teen hearthrob as part of the boy band New Kids on the Block. He and his brothers, Mark and Paul, also own a chain of burger joints called Wahlburgers.

Officer Kono Kalakaua is a key member of the Hawaii Five-0 Task Force and can take one hell of shot as an expert sniper. Originally a surfer, Kono was recruited by the task force because they wanted someone relatively unknown to catch the bad guys. She definitely stuns in a bikini but she’s more than eye-candy on this team. She can pack a punch like no other and takes down a perp without hesitation! She’s definitely not one to let a man save her.

Park left the series in season 8. Her character was last seen by fans a plane en route to Carson City to take down a sex trafficking ring.

Detective Halstead is a central figure on Chicago Police Department’s Intelligent Unit. He’s an Army vet and designated sniper who is often blunt and brash and always gets the job done. He is a pretty private person but very close with his brother Will (“Chicago Med”). That smolder when he’s really thinking about a case gives us goosebumps.

Can’t get enough of him? Soffer occasionally appears as Jay Halstead on the other franchise series, “Chicago Fire” and “Chicago Med.”

This foul-mouthed little sister of killer of serial killer Dexter Morgan is definitely one of the hottest TV cops. We’re not sure if it’s her confidence, crass behavior or passion for her job but Debra Morgan sure knows how to catch a killer, well, except for her adopted brother, that is. Debra decided to follow in her father’s footsteps and become a police officer at a young age and her love of the job only grew through the years.

Carpenter won a Saturn Award for Best Supporting Actress in 2009 for her work as Morgan. Since “Dexter,” she has been working on the CBS series “Limitless.”

Frank Reagan is on this list because he gave us three other Reagan cops Danny, Jamie and Joe (deceased) who are all part of the NYPD. Frank takes his job seriously but like his son Danny, he has a heart of gold and family definitely comes first.

We had to put Shelleck on his list because he’s a timeless hottie. There’s just something about that ‘stache.