One year after the alum of “The Voice” was murdered following a concert in Orlando, Fla., her family and fans are still honoring her memory.

Over the weekend, Grimmie’s family took to Facebook to release a statement to fans.

“We want to take this moment to say thank you to Christina’s legion of fans worldwide and all the partners who contributed and are still contributing to her legacy,” the family wrote. “Your prayers, love, encouragement and support have been felt by us as a family and we are humbled and deeply appreciative. We too, are still healing, but know that we love each and every one of you. Thank you for your support!”

RELATED: Eric and Lara Trump were all smiles as they celebrated their baby shower with family and friends

Fans made tributes to the late singer on the year anniversary of her death. Police with the Orlando Police Department also wore green in her memory.

The marquee at The Plaza Live in Orlando honored singer Christina Grimmie on Saturday, June 10, 2017, one year aft… https://t.co/oxLugKhsgA pic.twitter.com/HSX03YhGNF 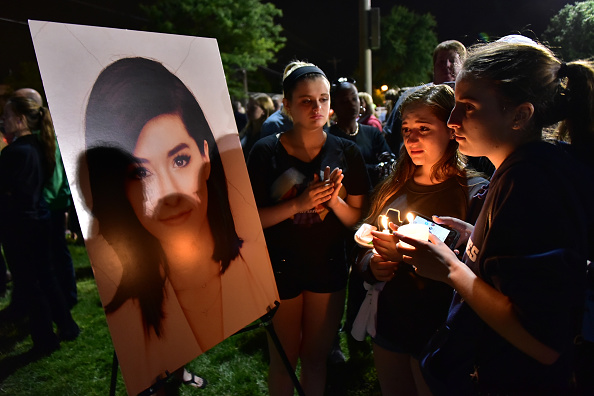