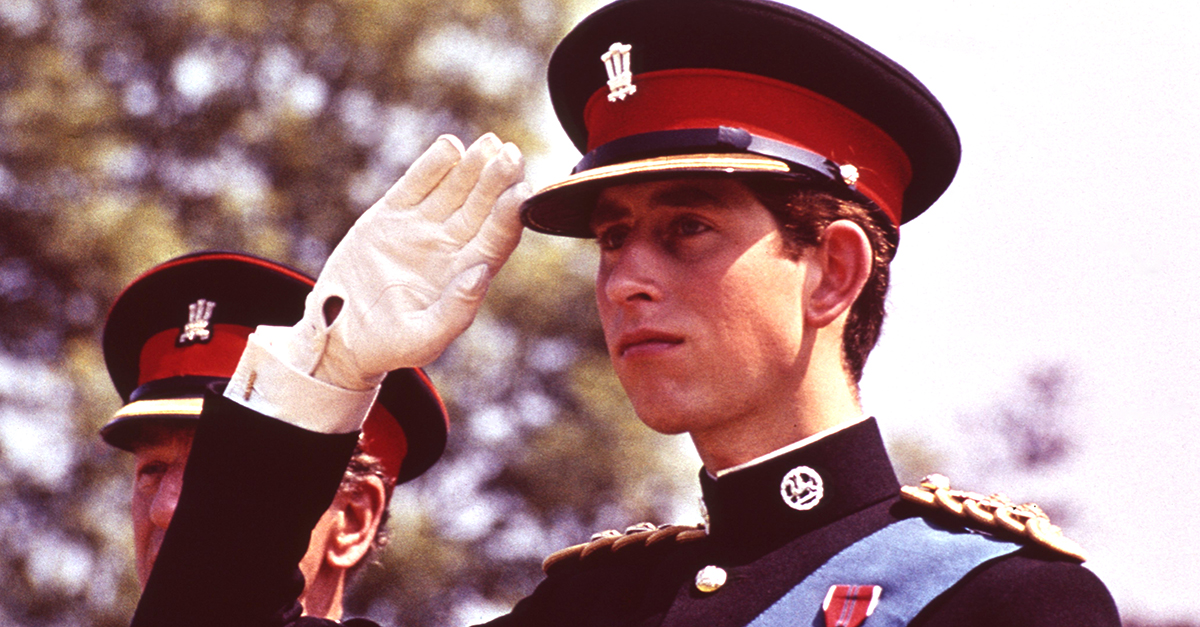 AP Photo, File
FILE - In this June 11, 1969 file photo, Britain's Prince Charles, the Prince of Wales, in the uniform of the Colonel in Chief of the Royal Regiment of Wales, salutes, at the Regiment's Colour presentation, at Cardiff Castle in Wales. Prince Charles is readying the paperwork to claim his pension when he turns 65 on Thursday, Nov. 14, 2013, but he still hasn't started the job he was born to do. (AP Photo, File)

It sounds like Prince Charles was quite the stud before marrying Princess Diana, at least according to his uncle.

According to PEOPLE, Charles was quite the ladies’ man, at the urging of his uncle Lord Louis “Dickie” Mountbatten, in his 20s before he settled down with the late Princess Diana.

“The advice that Dickie Mountbatten gave him was, ?Have as many affairs as possible. He should sow his wild oats, and then find a sweet, charactered girl to put on a pedestal and marry her,?? royals biographer Sally Bedell Smith said in a new docu-series “The Story of Diana.”

Lord Mountbatten even told the press once that “Prince Charles has a perfectly normal sex life.”

Charles had his pick of women in his 20s and was linked to Diana, her sister Sarah and his now-wife Camilla, Duchess of Cornwall.

RELATED: What happened before Prince Charles and Princess Diana?s divorce is really what ?rocked the royal family?

“He was regarded as so dashing, so handsome,? Lana Marks, a friend of Diana, said in the documentary.

But through the years, it was always Camilla who kept Charles’ heart. The couple started dating in the early ’70s and into the ’80s and were even linked during Charles’ highly publicized marriage to Diana.

?Camilla was, to him, a safe haven,? his former girlfriend Jane Ward said. “Someone he could talk to.?

Dating for the prince came at a price, as he was under constant media scrutiny which hit an all-time high during his marriage to Diana.

“?[It was] pretty intolerable,? Ward said. ?It?s not easy for a girl to take all of that aboard. [Paparazzi] broke into my house, left notes, followed me everywhere. It was definitely a deterrent.?

Prince Charles and Princess Diana Through The Years