The queen broke royal tradition over the weekend, but Prince Charles was there to step in 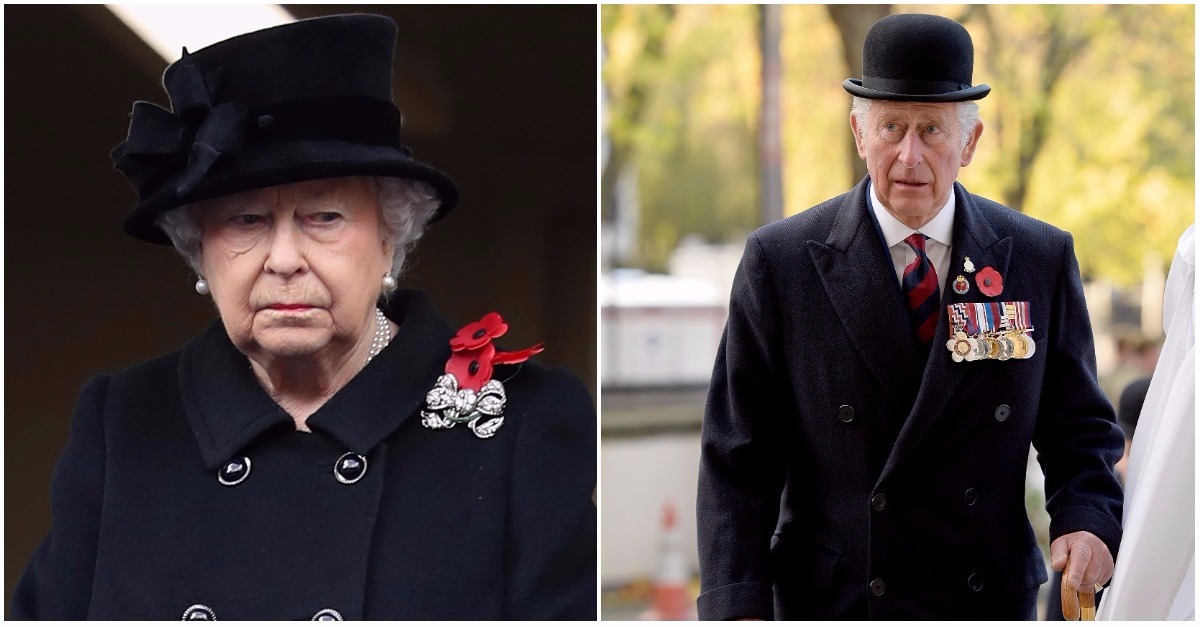 Queen Elizabeth II broke protocol over the weekend when she had Prince Charles lay a wreath in honor of Britain’s fallen soldiers during a Sunday Remembrance Day service.

The event marks a shift in the royal family as the queen stood alongside her husband Prince Philip and watched their son lay the wreath from the balcony of the Foreign Commonwealth Office in London. PEOPLE reports that this is the first time the queen has opted out of laying the wreath herself while she was present at the event. She has reportedly only missed the somber ceremony six times in her 65-year reign.

Prince William and Prince Harry also laid wreaths in front of those gathered for the ceremony, as Duchess Catherine looked on from a separate balcony nearby Queen Elizabeth and Prince Philip. Following the wreath laying, nearly 10,000 servicemen and women marched the streets of London.

The queen’s historic moment comes just months after her husband announced he was stepping down from his public duties. In May, Buckingham Palace announced that Prince Philip was retiring at the age of 95.

“The Duke of Edinburgh has decided that he will no longer carry out public engagements from the autumn of this year. In taking this decision, The Duke has the full support of The Queen,” the palace said in a statement at the time.

He presided over his final event on Aug. 2, when he attended Royal Marines’ charity parade outside of his London residence.

A former member of the queen’s household told PEOPLE that Prince Charles laying the wreath instead of the queen marks a shift in the monarchy and is something of a symbol of him taking over as the heir to the throne.

“It is a good moment to give Prince Charles a highly symbolic and highly ceremonial act of monarchy,” the former employee said. “The public thought it was completely natural with her being 91.”