This is just disgusting.

Former Playboy Playmate of the Year Dani Mathers came under fire this week after she snapped a photo of a nude woman in the locker room of a gym and shared it on Snapchat, all without the woman’s permission.

Mathers made it worse for herself when she captioned the pic, “If I can’t unsee this then you can’t either.”

She later issued an apology.

“I just wanted to acknowledge a photo I ‘accidentally’ posted here on Snapchat earlier today and let you guys know that it was absolutely wrong,” she said.

Mathers went on to say that she chose her profession because she loves the female form. She also claimed that because she is “new to Snapchat,” she didn’t realize she posted it and meant for it to go into a private conversation.

Almost immediately, Twitter erupted with outraged people calling for the gym to ban Mathers and shaming her for making fun of another woman’s body.

Lies. All lies. You are a horrible person and now everyone can see it.

your ugliness cannot be unseen now.

no excuse is good enough for taking a pic of a naked woman unknowingly.

your a mean sad lady and I hope you do feel sorry for what you did. shameful horrid being thinking your better than us fattys

@DaniMathers I hope you get charged & sued. All the makeup & plastic surgery in the world won't hide your ugliness. Wish I could unsee you.

if a male had done what @DaniMathers has done he would be a predator and a pervert, this is no different.

Just because you chose to be naked in photos, Dani, doesn’t mean that others want the same. 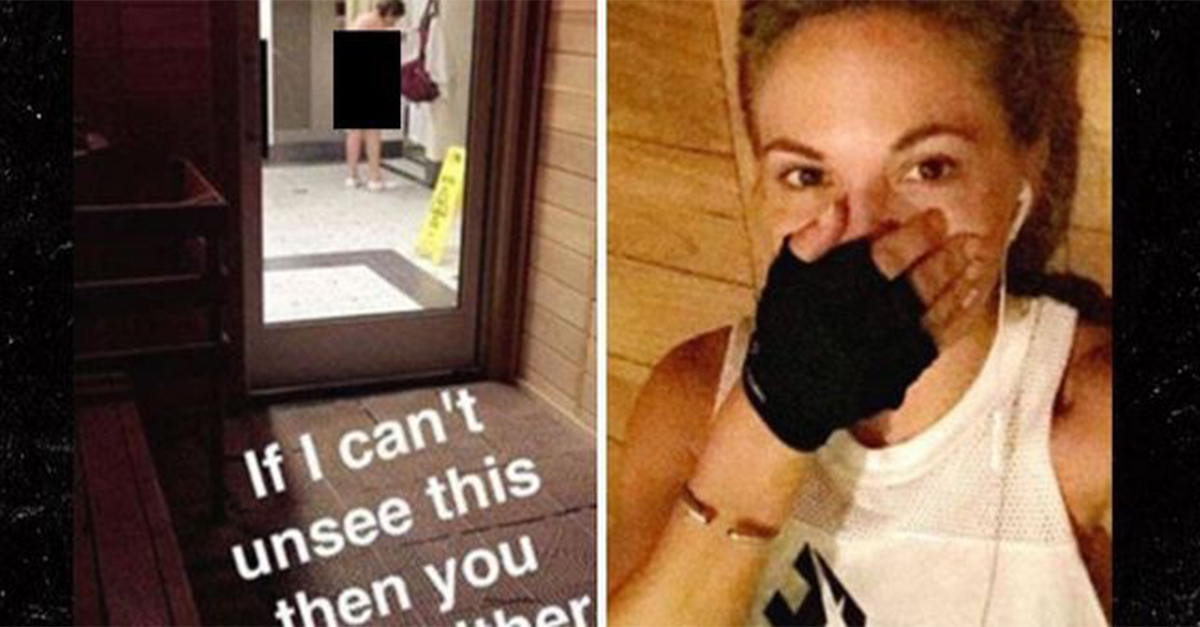