Being a parent is hard work, and many of us wish we had some help to get us through the long days and nights of having a newborn.

Most celebrity moms have the luxury of having that help. However, one celebrity mom, Eva Amurri Martino, now wishes that she hadn’t used the help after a freak accident by a night nurse injured her son.

In a blog post on her website, Happily Eva After, Martino, who is the daughter of Susan Sarandon, shared the harrowing story about how and her husband, Kyle, were asleep when they were awoken by “hysterical, piercing screams” after the night nurse dropped their newborn son, Major, on the hardwood floor.

A couple of days after Thanksgiving, our Night Nurse fell asleep while holding Major and dropped him, and he cracked his head on the hardwood floor. Kyle and I were sleeping at the time and were awoken by the sound of his head hitting the floor, and then hysterical piercing screams. He suffered a fractured skull and bleeding on his brain, and was transported by ambulance to Yale Medical Center where I spent two harrowing days with him to receive emergency care and further testing. To say these were the most traumatic and anxious two days of my life is an understatement. If you read my post about choosing Homebirth, you know that I have an (irrational) phobia of Hospitals. To be in one for two days under such circumstances was nearly unbearable for me, not to mention how scary and emotional those days were for the entirety of our family.

RELATED: Prince William opens about the “struggles” of parenting

She continued that miraculously their son is OK and has no lasting effects from his injuries. But she has been racked with guilt and depression since the incident. She also said that the reason she chose not to write about the incident earlier was because she feared that people on the Internet would blame her and add to her guilt, writing, “The guilt I bore in the days and weeks after this accident was more intense and more damaging than anything I would wish upon my worst enemy. I had all those same thoughts and more. I wept in the hospital, telling anyone who would listen that it should have been me. That I was to blame.”

Martino, who is also mom to Marlow Mae, 2, also shared that she still suffers from a type of post-traumatic stress from the scary incident, writing that even the smallest thing will set her off:

Hearing Major cry hard immediately triggers my memories of the moments after the accident and instigates an immediate panic attack– my heart races and tears spring to my eyes. Sometimes I get dizzy spells. I feel nauseous and overwhelmed and even small discomforts he has make me anxious.

Martino and her husband no longer employ a night nurse, and she has only recently started to feel comfortable letting someone help her during the day.

Thankfully, she is welcoming 2017 with “open arms” and moving forward to forgive a “little deeper” and accept some things she can’t change. 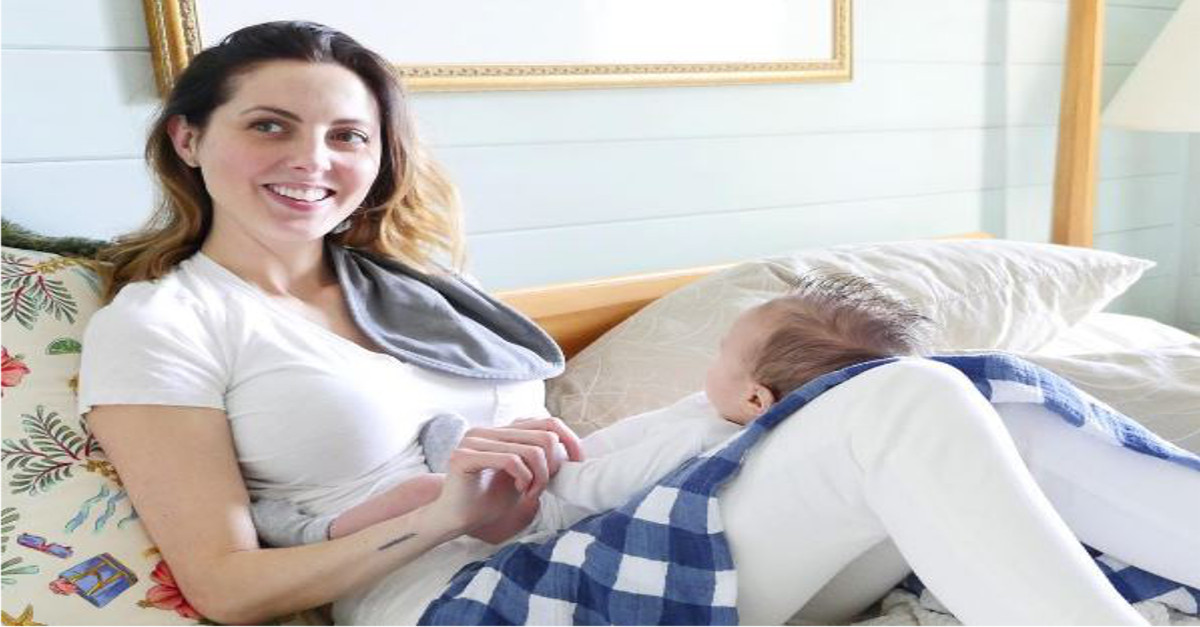