Menu
Follow us
Search
Menu
Search
FILE - In this Thursday, July 28, 2016 file photo, the Palace Theatre in London shows advertising for the new Harry Potter play. Magical adventure "Harry Potter and the Cursed Child" leads the race for British theater's Olivier Awards, with nominations in 11 categories including best new play it was announced on Monday, March 6, 2017. Jamie Parker, who plays an adult Harry in the two-part drama, is nominated for best actor, and there are also nominations for director John Tiffany and actress Noma Dumezweni, who plays grown-up Hermione Granger. (AP Photo/Kirsty Wigglesworth, file)

Harry Potter fans conjured up some nerdy jokes when Ticketmaster’s registration site to obtain tickets for “Harry Potter and the Cursed Child” on Broadway failed.

After Ticketmaster announced that the link to register for tickets was open (yes, JUST for the registration), fans quickly ran into issues. Some brushed it off by suggesting a new book title.

One fan felt a little like they were running into a wall, quite like Harry and Ron trying to get to the train to start their second year at Hogwarts.

Others tried to use magic to fix the site.

Some wondered if they were cursed themselves.

I have entered my info14 times now and still no confirmation. I know I should stop but I can't. Is this what hell is like? #CursedChildNYC

I think my boggart is a poorly functioning ticket website. #CursedChildNYC

Anyone else checking all the boxes in hopes some internet gremlin will take pity on you and let your registration work? #CursedChildNYC pic.twitter.com/zIsN18YJ03

There was also a realization that they’d have to go through all of this again once tickets go on sale on Wednesday, October 18.

If this is how hard the registration for @HPPlayNYC is, I can't even imagine how insane buying the actual tickets will be. #CursedChildNYC pic.twitter.com/K9orB2xQYz

At least one fan was successful amid the complaints.

Ticketmaster apologized for the delays and explained that they were experiencing “unprecedented demand.”

We apologize for this morning's #CursedChildNYC registration issues. We are experiencing unprecedented demand and working to resolve.

If you have not received a confirmation email, your #CursedChildNYC registration did not go through and you will need to register again. pic.twitter.com/vWcBwIQVD4

Hopefully, things will be improved in two weeks! 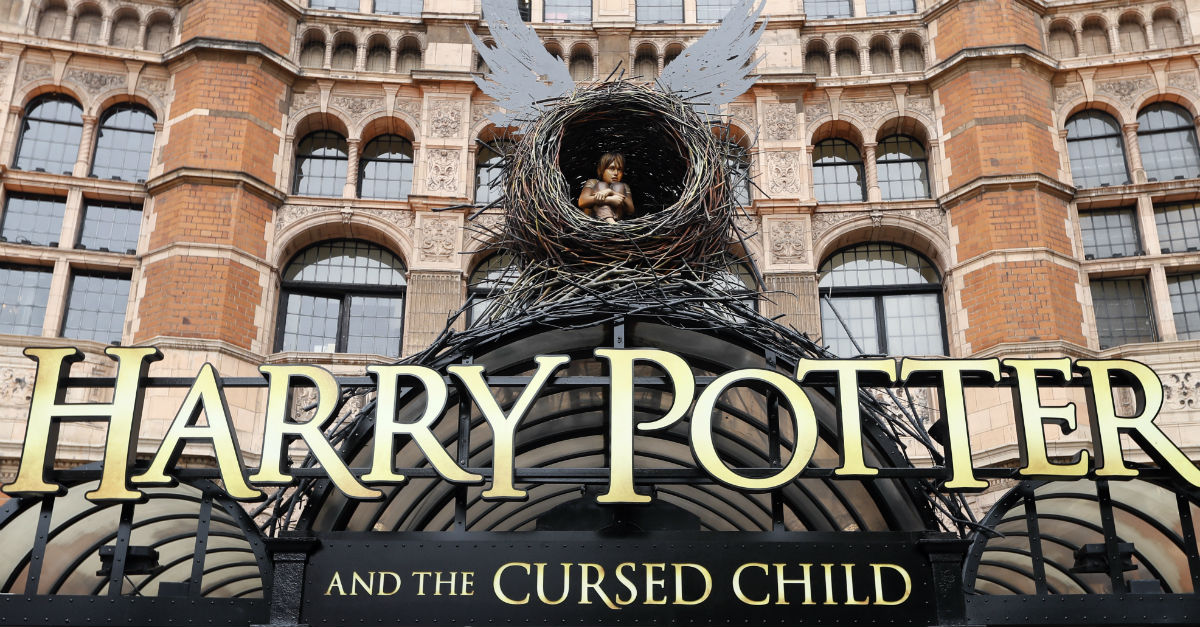