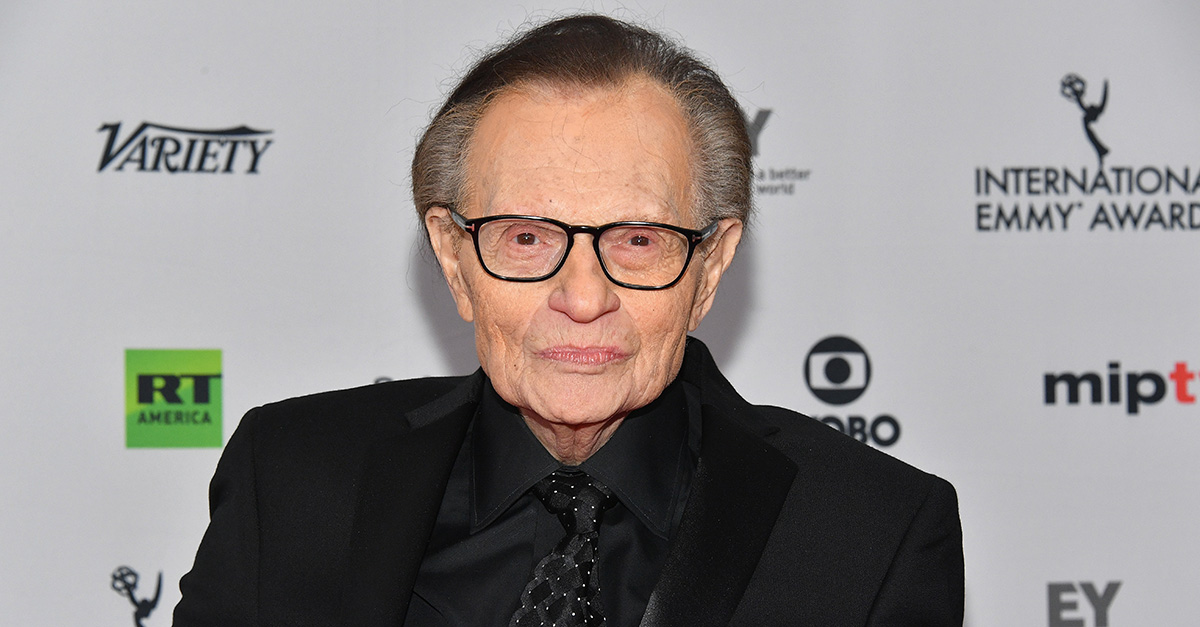 Legendary TV host Larry King is the latest celebrity to face accusations of sexual misconduct, and he is denying any involvement.

King was accused by Terry Richard, the ex-wife of singer Eddie Fisher, in a new interview with the Daily Mail on Monday. In the interview, Richard alleged that King groped her on two separate occasions that took place in 2005 and 2006. Richard told the publication that the first incident happened when she posed for a photo with King.

During the first incident, Richard said that “‘Larry put his hand behind me on my back and as the photographer was taking our picture Larry slid his hand down from the middle of my back to putting his hand inside of my dress and it ended up with about three or four of his fingers in the crack of my ass, resting in the crack of my ass.”

“I don’t know how he got [his hand] in there, but he did,” she said. “I couldn’t believe it. I was so shocked. I froze. I let out a ‘squelch.'” She said that he kept his hand there for “about eight to ten seconds.”

She told Daily Mail, “Larry King is a groper. He groped me twice. He gets a thrill doing this in front of the camera, knowing I couldn’t do anything.”

RELATED: A Food Network chef is feeling the heat after new reports of a huge scandal against him

Richard claimed that the second incident happened during another photo op a year later. She said that she briefly thought that she didn’t think he would try to touch her again, but when she went to pose for the second photo, he grabbed her buttock so hard, it left a bruise for a week.

“Because of what happened to me, every time I take a picture with a man that I don’t really know, in the back of my mind, for a split second, I wonder if I’m going to be groped,” she said.

King is now denying the allegations with a statement from his attorney posted by E! News.

“Larry King flatly and unequivocally denies these claims and intends to file suit and prove that they’re utterly false,” the statement read.

“We represent Larry King. I am informed that you intend to publish a statement by a woman named Terry Richards that, 10 or more years ago, Mr. King supposedly ?groped’ her at one or more baseball dinners,” the letter read. “That assertion is entirely and unequivocally false and defamatory. Mr. King did no such thing then or ever. Your publishing this false and defamatory statement will be actionable and highly damaging.”

Richard said that she has not seen King since the second alleged incident, but she is hoping for an apology.