Tyga’s tiger has a new home, but it’s gonna cost him.

The rapper was forced to give up the pet tiger, now called Maverick, to Lions, Tigers & Bears, a non-profit rescue in California, after illegally keeping it as a pet. The sanctuary was happy to take the big cat, of course, but Tyga hasn’t offered to pay for any of the animal’s costs.

Here he is taking a dip in the pool.

TMZ reports that Lions, Tigers & Bears founder and director Bobbi Brink revealed that it costs more than $10,000 to feed Maverick, and there are additional costs for vet bills, flea control and general maintenance. The sanctuary relies on public donations to keep its doors open.

RELATED: Tyga and Kylie Jenner are back together, which means all is right with the world

Reportedly, Tyga hasn’t given the non-profit as much as a thank you since releasing the animal to its care. He faced criminal charges for illegally having the exotic pet and was forced to surrendered it to animal control, which eventually transferred Maverick to Lions, Tigers & Bears.

Tyga got out of the criminal charges because law enforcement wasn’t able to track him down after he moved. 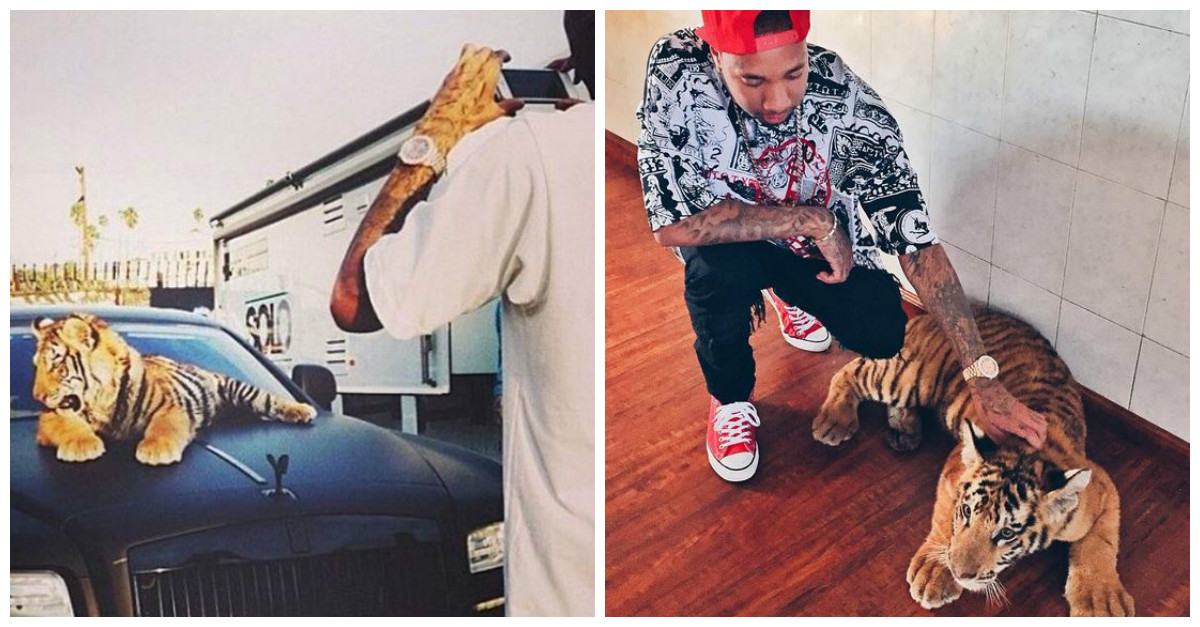